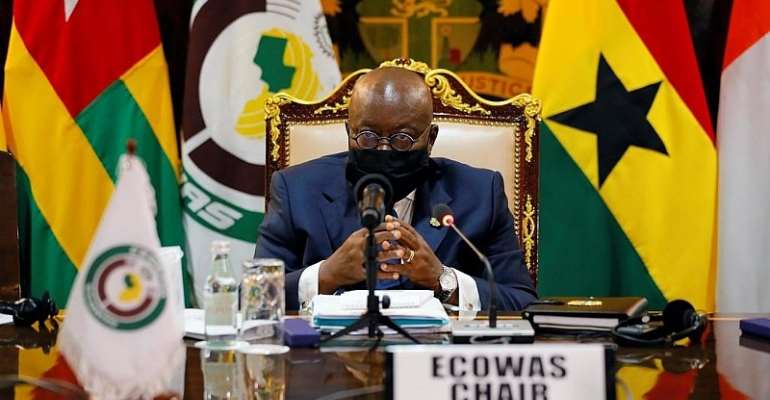 After meeting with the Mali junta leaders in Accra, Ghana on Tuesday, six leaders from the Economic Community of West African States (ECOWAS) called on the junta to nominate a civilian transition government within days, not weeks.

“We need a civilian leadership of the transition," Ghanaian President Nana Akufo-Addo and current ECOWAS president said after the summit. He did not give an exact deadline.

Once a civilian president and vice president is installed to lead the nation to elections, the regional sanctions on Mali will be lifted, he added.

While ECOWAS did accept an 18-month transition as put forward by the junta, it rejected the idea that the transition government could also come from the military.

The junta, calling itself the National Committee for the Salvation of the People, would need to be disbanded once the transitional government is in place, according to ECOWAS.

The sanctions imposed by the regional bloc include closed borders and shutting down some financial links.

Mali's heavy military presence is due to the ongoing Islamist insurgency. During the last coup, in 2012, extremists took over towns in northern Mali and an intervention by France the following year pushed them out.

“The terrorists are taking advantage of the situation in Mali to flex their muscles even more,” said Ghana's Akufo-Addo after the summit.