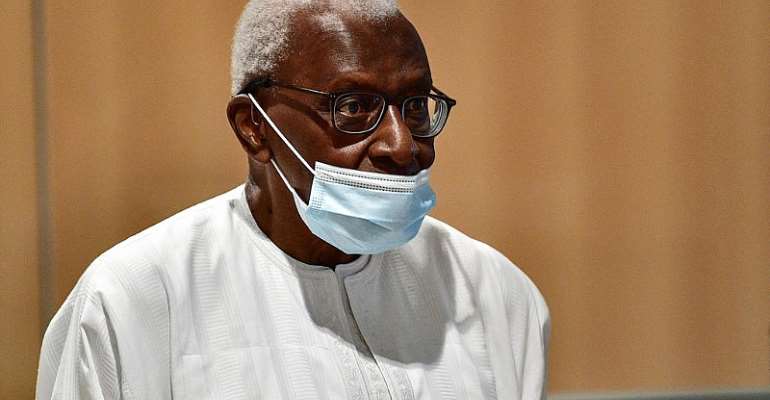 Lamine Diack, the former head of the International Association of Athletics Federations (Iaaf), was sentenced to four years in jail on Wednesday after being found guilty of covering up Russian doping cases.

A French court suspended two years of the sentence and fined him 500,000 euros.

The 87-year-old Senegalese said he would appeal against the decision.

Between 1999 and August 2015, Diack was the most powerful administrator in athletics. He obtained the top job after a career in sport and politics.

However, the extent of the corruption started to emerge once he stepped down from his role.

In January 2016 the World Anti-Doping Agency found Diack organised and enabled the Russian doping scandal within the Iaaf.

His successor, Sebastian Coe, launched a structural revamp of the Iaaf - including a new name - World Athletics. Coe also ushered in reforms forbidding a president to stay in place for more than eight years.

During the three-month trial in Paris, prosecutors said that Diack obtained 1.5 million euros from Russian sources so that the Iaaf''s anti-doping arm would cover up or delay the offences of 23 Russians who wanted to compete in the 2012 London Olympics and at the 2013 World Athletics Championships in Moscow.

Hunault said Lamine Diack was unlikely to go to jail. "Given your age you can expect conditional release," she said.

Papa Massata Diack, a former marketing consultant for the Iaaf, who was tried in absentia because Senegal refuses to extradite him, was sentenced to five years in prison and fined one million euros.