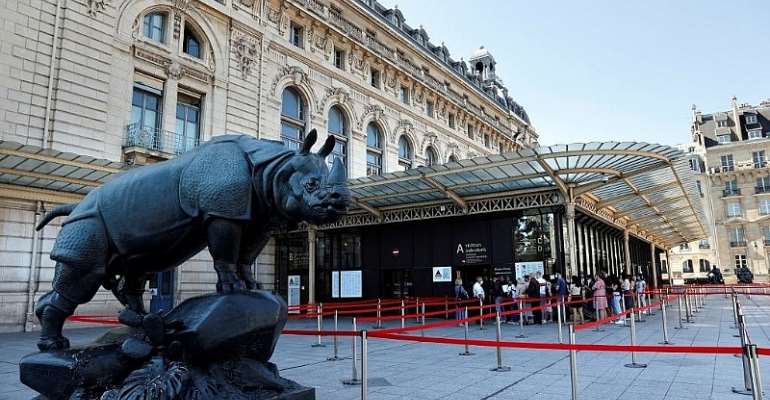 The Musée d'Orsay in Paris apologised on Wednesday after a woman claimed that the museum refused to let her in, the day before, because of her low cut dress.

Jeanne, a student in literature, sent an open letter to the Musée d'Orsay in which she explained that she was refused entry on Tuesday afternoon because of her low cut dress.

"When I arrived at the entrance of the museum. I didnt have time to get my ticket out. The sight of my breasts and my bare appearance shocks an agent in charge of the bookings control", she wrote in a Tweet posted on Tuesday.

According to her testimony, a security guard explained to her that "rules are rules". But only the health and safety rules are displayed, she wrote in her open letter.

A manager then intervened and asked her to cover herself with the jacket she was holding in her hands if she wanted to enter. She was then free to take off her jacket once she had entered.

"All this is meaningless," the student commented in her open letter.

Determined to go to the museum, she finally put her jacket on her shoulders.

Musée d'Orsay apologises
A few hours after this message was published online, many internet users sent their support to the Parisian student.

The Musée d'Orsay indicated on its Twitter account that it "deeply regretted" this "incident" and that it "apologised".

In a press release, the Musée d'Orsay stated that "a reminder of the welcoming rules has been sent to the service provider at the entrances to the museum".