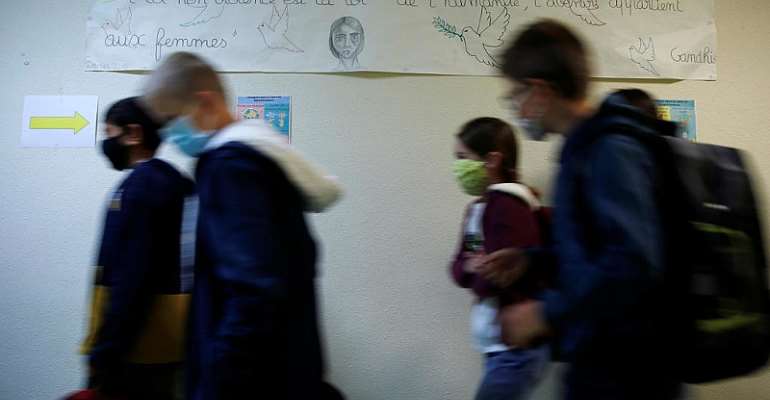 As schools in France reopen, one local charity is stepping in to provide students from low-income families with laptops and tablets to close the digital divide with their peers, after months of coronavirus lockdown widened the gap further.

"There is no doubt that the lockdown accentuated the digital divide and educational inequalities," French charity Secours Populaire said in a statement this week, as thousands of school children returned to the classroom.

The charity says children from disadvantaged areas were left behind when schools switched abruptly to remote learning in March because of lockdown measures.

The digital gap forced 500,000 low-income students in France to drop out of school, according to the Education Ministry. Catching up won't be easy.

To ensure that vulnerable students do not fall even further behind after more than six months away from the classroom, Secours Populaire is asking for donations of laptops, computers, 4G USB keys that can be given to as many students as possible for the start of the new term.

The charity is also appealing to shoppers to donate stationery through numerous supermarket campaigns across the country.

The new year has already been disrupted for pupils in 22 schools, which were forced to shut on Friday due to fresh Covid-19 cases.

The incident is likely to renew pressure on French authorities to ensure students have computer devices and reliable internet access at home to continue learning from a distance.

France is not the only country grappling with a digital divide.

In the United States, worst hit by the pandemic, a photo of two schoolgirls in need of internet to do their online homework, forced to sit outside a restaurant, has highlighted the gap caused by unequal access to technology.

California Senator Kevin de Leon wrote on Twitter that the digital divide was "as deep as ever", adding that 40 percent of Latinos in the state, home to Silicon Valley, lack internet access.

In France, charities like Secours Populaire are relying on the generosity of donors to fill the tech gaps.

"If you're certain of knowing that you will have a laptop or tablet to work with when you go back to school, you will want to go back," the charity said, warning that the digital gap was at risk of worsening child poverty.

The organisation, which is present in over 60 countries, has already provided laptops and a broadband connection to some 300 pupils in Georgia, allowing them to continue learning from home.