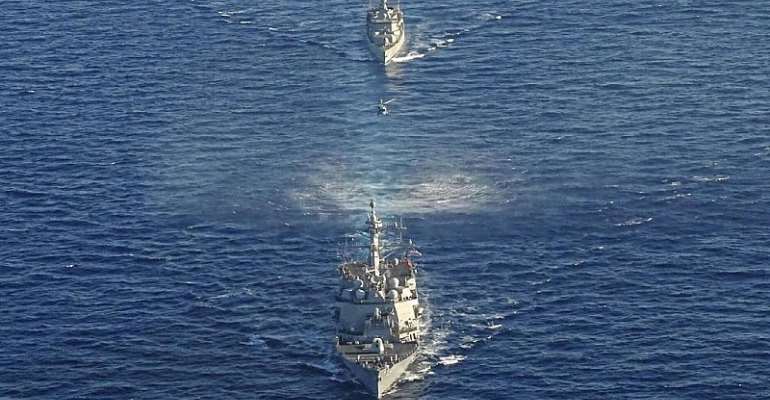 Greece and Turkey have started technical discussions aimed at reducing the risk of armed conflict or accidents amid military tension between the allies over offshore energy resources in the eastern Mediterranean. But a satisfying solution of the conflict seems far off.

The neighbouring Nato allies have for weeks been locked in a tense standoff in the eastern Mediterranean, where Turkey is prospecting the seabed for energy reserves in an area Greece claims as its own continental shelf.

Ankara says it has every right to prospect there and accuses Greece of trying to grab an unfair share of maritime resources.

Nato chief Jens Stoltenberg announced Thursday that the two sides had agreed to start “technical talks” to reduce the risks of military “incidents and accidents.”

But Athens quickly denied any agreement, saying Turkey must first withdraw its ships from the area where it is carrying out gas and oil prospecting. Ankara said it backed Stoltenberg's initiative for military and technical talks and called on Greece to do the same.

'Deconfliction'
On Friday, the Nato secretary general said Greek, Turkish and allied military officers had begun talks aimed at ensuring standoffs between the two in the Mediterranean don't break out into open conflict.

“As long as we have so many ships in the eastern Mediterranean, we believe that there is a need to have technical talks on how to develop enhanced mechanisms for deconfliction,” Stoltenberg told reporters. “No agreement has been reached yet, but the talks have started.”

While it's relatively rare for Nato to have to step in to reduce tensions between member nations, the military alliance has helped set up similar systems in the past, including communications hotlines for use in case of emergencies.

Stoltenberg underlined that the military-level talks are only aimed at avoiding any incident between Greece and Turkey and are very distinct from the diplomatic efforts to find a long-term solution to the standoff.

“These are technical talks rather than negotiations on the underlying dispute between Greece and Turkey and as such they are meant to complement, not replace, the efforts led by Germany for political mediation towards de-escalation,” he said.

Since Turkey dispatched a vessel accompanied by warships to do exploratory research, Greece's armed forces have been placed on alert. Both countries sent warships to the area and carried out live-fire exercises between the islands of Crete and Cyprus and Turkey's southern coast.

Simulated dogfights between Greek and Turkish fighter pilots have multiplied over the Aegean Sea and the eastern Mediterranean. A Turkish and a Greek frigate collided last month, reportedly causing minor damage to the Turkish frigate but no injuries.

The crisis is the most serious in decades. The neighbours have come to the brink of war three times since the mid-1970s, including once over maritime resources in the Aegean Sea.

Greek Foreign Minister Nikos Dendias', who is to meet UN Secretary-General Antonio Guterres on 4 September, will focus on “issues of international and regional interest, with an emphasis on current developments in the eastern Mediterranean and the Cyprus issue, as well as the role of the UN," the Greek Foreign Ministry said.

Greek Prime Minister Kyriakos Mitsotakis said Dendias would be delivering a letter from him to Guterres detailing what he said was Turkey's illegal activity in the region.

Meanwhile, the spokesman for Turkey's ruling AKP party, Omer Celik, said the European Union could no longer count on Turkey's cooperation in stemming the flow of migrants and refugees to Europe if it goes ahead with plans to sanction Turkey over its exploration operations in the eastern Mediterranean.

“I don't expect things to come to the point of sanctions. The EU should not expect cooperation on refugees after that time,” Celik said in an interview with Turkey's NTV news channel. “They should not think that they can sanction (Turkey) in the eastern Mediterranean and continue to cooperate in other areas.”

Earlier this year, tens of thousands of migrants gathered at Turkey's border with Greece, demanding to be allowed to cross, after the Turkish president declared the borders with Europe open to migrants wanting to head into EU nations.