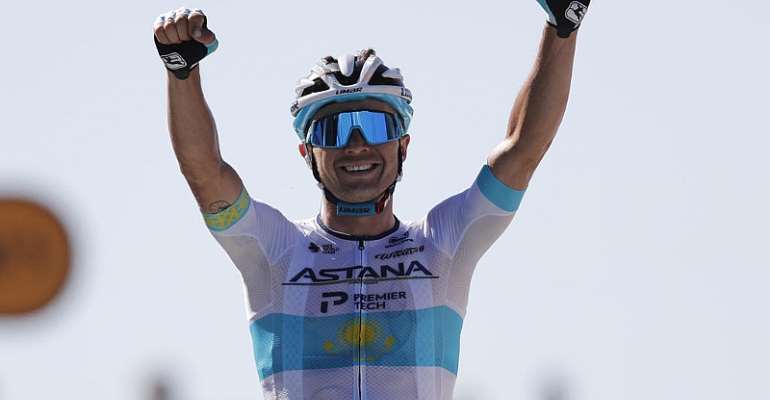 Alexey Lutsenko has won the sixth stage of the Tour de France, claiming the 191-kilometre trip between Le Teil and Mont Aigoual 55 seconds ahead of Jesus Herrada of Spain, with Greg Van Avermaet in third.

Team Astana's Lutsenko, who will celebrate his 28th birthday during the tour, powered to victory with an average speed of 27.4km/h in the final 34km of the stage which featured three climbs including the category one Col de la Lusette.

Overall, Adam Yates retained the leader's yellow jersey. The Mitchelton-Scott rider claimed top spot on Wednesday after the Frenchman Julian Alaphilippe was given a 20-second time penalty for taking a drink within the last 20km of Wednesday's fifth stage between Gap and Privas.

Yates, who finished the sixth stage in the pack, boasts an overall time of 27 hours, three minutes and 57 seconds.

Primoz Roglic and Tadej Pogacar were respectively three and seven seconds behind the 28-year-old Briton.

The race, which began in Nice on 29 August, is scheduled to finish on the Champs Elysées in Paris on 20 September.