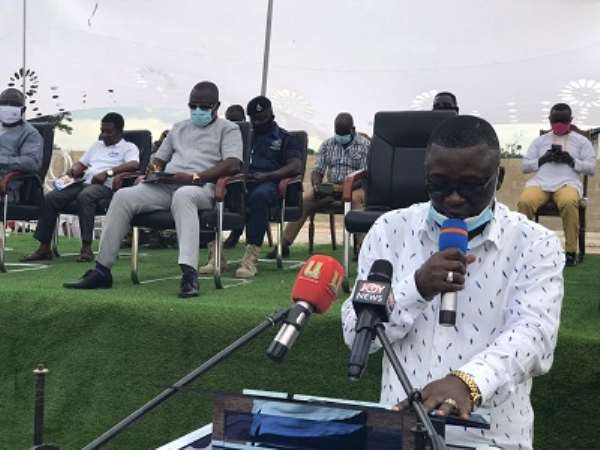 Big Stars Animal Feed, a subsidiary of the Kingdom Exim Group has launched an improved brand of poultry feed for local poultry farmers in Tuobodom in the Techiman North District of the Bono East Region.

The new set of feeds which comes in several grades, with age-specifications to meet the nutritional need of birds at all stages of poultry production.

The group as part of Government's flagship One District One Factory is establishing a Poultry feed processing plant in Tuobodom.

At the launch of the product in Tuobodom Sunday, Chief Operations Officer of the company, Mrs. Bainani Pramanic said the company is producing compounded poultry feed and is focused on providing sustainable quality feeds at affordable prices to enhance the poultry industry.

Bono East Regional Minister and Member of Parliament for Atebubu Amantin constituency Hon. Kofi Amoakohene lauded the company for the move adding that "the Bono East Region is working on providing the needed environment capable of attracting more investors into our new region".

On his part, District Chief Executive for the area Mr. Peter Mensah called on the poultry farmers and the youth within the District to see the establishment of the group as a job opportunity and a step to alleviate poverty and promote peace in the area.

For most of farmers who graced the occasion, the poultry feed would not only help reduce the importation of poultry inputs into the area but also contribute immensely to job creation as well as enhance the poultry industry.

Also present at the event were the Municipal Chief Executive officer for Techiman Mr. John Kofi Donyina, Chairman of the poultry farmers Association Mr. Emmanuel Opoku, the staff of the Kingdom Exim Group amongst others.