After Years of Tinkering and Tweaking; How Reformed is Ghana’s Education? 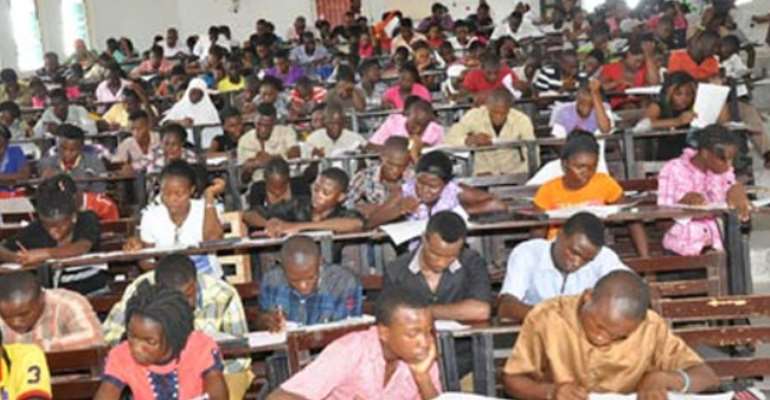 Education is a vital component in the progress; social and economic transformation of every nation. This is why nations over the world make it their main focus. It is through education, that the citizens of every nation can attain generally accepted knowledge, skills and attitudes, which empower them to live decent lives and contribute their portion to the development of their societies and the nation in general.

For education to serve its purpose and be relevant to the times and seasons, educational reforms and policies are carried out to improve the education system of a nation.

In recognition of the significance of education to national development in Ghana, almost every government since independence has pursued some form of educational reform aimed at making education accessible to all and relevant to the social, industrial and technological progress of the country. Ghana’s current education is the result of major educational reforms undertaken by various administrations.

A Brief History
Dr. Kwame Nkrumah’s government brought the Accelerated Development Plan (ADP) in 1951 and later the Education Act of 1961 to meet the country’s educational needs at that time. The Education Act was the first legislative instrument that defined the organization and management of education in the country. With the ADP, every child who attains school-going age is to attend an instructional course in a school accredited by the Ministry of Education (MOE). The ADP brought about rapid expansion of infrastructure and recruitment of pupils into primary and secondary education.

Due to the challenges that came with the ADP, the Kwapong Review Committee was instituted in 1966 less than 2 weeks after the coup to undertake a comprehensive review of the entire formal educational system. The committee recommended the introduction of the continuation schools. The education system in Ghana was described as one of the best until the mid-1970 when the education standards began to fall (White, 2004).

The Dzobo Education Review committee was set up in 1973 to determine the causes of the falling standards and to recommend a recovery plan. The Dzobo committee chaired by Professor N. K. Dzobo of the University of Cape Coast, reported that the nation’s educational establishment needed revamping. The 17 years pre-tertiary education structure at that time generally relegated the participation of the disadvantaged and deprived in education.

After the inception of this new structure of education, an education sector policy known as “Free Compulsory Universal Basic Education (FCUBE) was introduced in 1996 by the Rawlings' administration. The aim was to ensure that all school-going children received free and compulsory quality basic education by 2005. The FCUBE also set the grounds for introducing the School Management Committee (SMC’s) and Parent-Teacher Association (PTA’s) to enhance communities’ sense of ownership and participation in education service delivery.

Despite all these efforts, there were still persistent problems affecting policy initiatives due to the changing world of science and technology. In accordance, the government in 2002 set up the Anamuah-Mensah review committee to look into the content and structure of education.

The committee recommended that teaching and learning situations in primary and JSS should be strengthened with the provision of well-motivated teachers, learning and teaching materials so that JSS leavers can have a sound base to do the 3-year SSS Programme. The committee also proposed the Senior High School (SHS) system, a change from the SSS. This was a complete structural change with emphasis on ICT and skill development.

Although the Anamuah-Mensah Committee maintained the 3-year SHS with some suggested remedial measures to be put in place, the government white paper on the reform recommended a change from 3 to 4-years to afford teachers and students enough time to complete their syllabi. This new reform took off in the 2007/2008 academic year amidst criticisms from parents, stakeholders in education and politicians concerning the extension of the 3 to 4 year SHS.

The policy was cut short by Late President Mills’ government with the justification that the available infrastructure of the various SHS was inadequate to support the programme.

Former President John Mahama after assuming office in 2013 decided to roll out free SHS progressively and build Community Day Schools to absorb more students into the SHS. Regardless, full tuition at the SHS was not absorbed.

The Akufo-Addo government started the comprehensive free SHS policy in 2017/2018. In this policy, every child in Ghana who qualifies for, and is placed in a public Senior High School for his secondary education will have his/her fees absorbed by the government. The implementation of free SHS resulted in a massive increase in enrollment. This situation necessitated the proposal to adopt a double-track calendar system as opposed to the usual single-track system. This was to deal with the large numbers of students desiring to enter into the SHS.

In addition to these numerous reforms, there have also been several curriculum reviews aimed at ensuring that every learner receives quality education in the classroom.

Persisting Challenges in spite of The Reforms

In spite of the assurances of the various education reforms and curriculum reviews, the salient question that remains is, “how reformed is Ghana’s educational system to meet the social, industrial and technological demands of the world?” Are our students going to be successful when they meet their counterparts from other parts of the world?

Can we vouch that after 63 years, the objective of education in exposing learners to quality knowledge as well as equipping them with critical thinking skills to make informed and quality decisions which will add value to the quality of their lives and contribute to solving socio-techno-politico-economic (PEST) problems of the nation is being met?

Is the educational system we have inspiring learners to appreciate their self-worth, the diversity in nature, culture, arts and temperance? Are they being prepared to become cautiously futuristic, optimistic and empathetic in all their noble endeavors?

If we look at the moral canker, crime, indiscipline, disrespect for the law and those in authority to the extent that WASSCE candidates could hurl insults on a sitting president, we will be wont to say that the education system is not meeting our expectations.

Also, the soaring levels of nepotism, bribery and corruption allegations among politicians and civil service workers, examination malpractices, media dishonesty, laziness and truancy among public workers and the national malaise and social deterioration in the country makes one question the kind of education citizens go through. All these vices come from a flawed educational system.

Further, till date there are still towns where school buildings are dilapidated with inadequate furniture; teachers are also inadequate and the few are overworked. There are schools with students learning under trees with insufficient teacher learner materials and textbooks. This is the typical scenario for most poor rural communities. Our educational structure and mode of examination encourages rote-learning with little emphasis on practicals and critical thinking. There is also inadequate supervision and inspection to make sure educational workers are doing their jobs.

Way Forward
We have had enough of these reforms whose effects have been minimal. As a nation what are the educational goals we have set for ourselves or we just depend on political parties' manifestos and interests? Ghana needs an educational charter that is specific, relevant to our society, time-bound and independent of politics. Our education shouldn’t be left to the whims and caprices of the politicians some of whose children do not even go through this weak educational system they have created. The needed infrastructure projects and policies should be articulated for political parties to follow when they come into government.

The situation where party A starts a policy or infrastructural project for 4 or 8 years then party B comes and abandons it and starts its own should be eliminated. This does not afford us the continuity that is necessary for every educational policy to have proper effect on the progress of a nation.

There should be an agreed charter that will spell out what a qualified teacher ought to be and what is required of him/her. Teachers must be well motivated but also monitoring and inspection of teachers must be intensified to ensure that teachers employed to teach are rendering their service to the nation.

It is time to develop a new educational paradigm which is relevant to our setting and will purposefully position our educational system to meet our national needs as well as help our students be able to rub shoulders with their contemporaries in other parts of the world.