Rules Are Rules, Without Them We Are Savages; Brouhaha Between GES and Achimota School 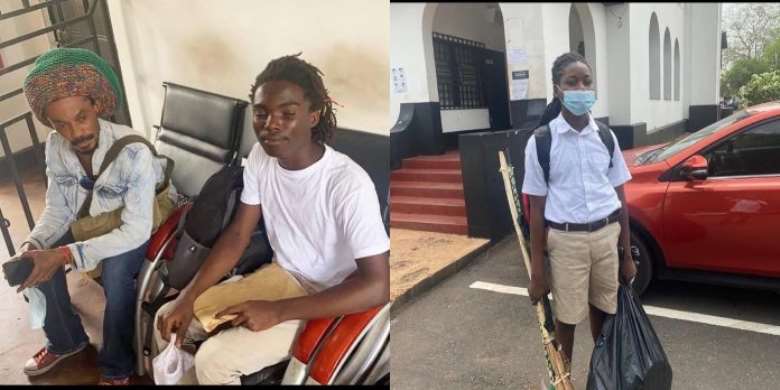 Every serious organization/institution has its standards and norms; rules and regulations or code of conduct. This is not to infringe on the rights of members of the institution but to provide a well-defined central guide and acceptable behavior for all to thrive while achieving organizational goals.

Education is an essential component, the very fulcrum of the progress; social and economic transformation of every nation. Thus it is paramount that educational institutions which are the most important institutions that feed our industries and various sectors with the requisite labour have rules and regulations that bind teachers as well as learners.

This will help train learners holistically in all domains so as to produce a complete citizen who will be relevant to the manpower needs of the nation.

Why Code of Conduct or Rules in Schools
A code of conduct is a written set of rules, regulations, values, responsibilities, proper practices or behavior that an organization considers significant and believes are essential for it to operate successfully.

In a school system, a code of conduct provides methods and options for handling or managing students in and out of the classroom, students’ disciplinary issues, dressing and general etiquettes.

GES/Achimota Brouhaha
On page 13 of the 20th March, 2021 edition of the daily graphic, the GES issued a directive to the Headmistress of Achimota School to readmit two students with dreadlocks who the school had earlier denied on the basis that they trim their hair as their other colleagues.

The public directive of GES without first sitting with authorities of the school which they have appointed is in bad taste and sets a bad precedence.

Educational institutions the world over have their rules and regulations, the content of which may differ. Just because the content of the Rules of Ghanaian schools differ from that of UK or USA doesn't necessarily make theirs better. The essence is that whatever rules in the USA, no matter how different it is from ours is still enforced by school authorities there and that is exactly what the leadership of Achimota School did.

Whoever wants to be in a school must be ready to abide by the rules and regulations of that particular school. This is not something new. Whether those rules are good or bad is not the subject at the time the rules are to be applied.

A Need For Change
There's obviously the need to review and adjust some rules and regulations in our schools. A boy who has kept his dreadlocks through basic school and has passed to be posted to a school like Achimota is not one who is academically or morally inept.

Additionally, private basic schools allow learners to wear their hair as they like and it does not affect their life as learners. They averagely perform better in the BECE than their colleagues in government basic schools who are ordered to trim their hair. This obviously shows academic or moral character is not dependent on the type of hair a student wears.

However, a school is not a jungle where a monkey decides to stay on trees, crocodiles by rivers and moles in holes; thus we have to make room for every animal; in this case every religious or cultural beliefs. If there's the need to amend some aspects of schools rules and regulations, GES and other stakeholders should sit and do that so it becomes binding on all schools. But until that is done, schools must be allowed to uphold the rules they have now.

If changes need to be done, then it must be done well. Because if a change is done illegally, it can render the very change illegal.