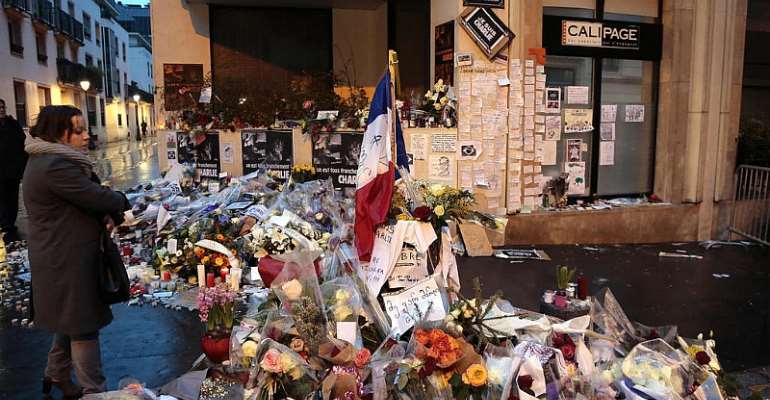 The trial for the January 2015 attacks on satirical magazine Charlie Hebdo, police officers and a kosher supermarket opens in a Paris court Wednesday, after more than five years of investigations and delays due to the coronavirus epidemic.

In what is set to be a landmark trial for France, 14 defendants face a variety of charges related to helping perpetrators carry out attacks that killed 17 people over three days in January 2015.

Security will be even tighter than usual at the courthouse in northwest Paris, with participants and attendants, whose numbers are to be halved due to the simmering Covid-19 epidemic, needing to pass through metal detectors.

It will be the first trial for a jihadist attack since a 2017 trial of accomplices of Toulouse shooter Mohamed Merah and also the first terrorism trial in France to be filmed.

Antiterrorist prosecutors requested filming because of “the emotion stirred” by the January 2015 attacks, whose impact “largely passed borders” and “profoundly marked the history of national and international terrorism”.

Those facing trial face charges related to obtaining weapons and providing logistical support. Three of the accused will be tried in abstentia and may not be alive.

There are about 200 plaintiffs in the trial, and survivors of each attack are expected to testify.

Police officer Ahmed Merabet was killed as he tried to stop the assailants after the attack and four people were injured. The Kouachi brothers died in a shootout with police at a printing office northwest of Paris two days later.

“This trial is an important moment for them [victims and survivors],” said Marie-Laure Barré and Nathalie Senyk, lawyers for victims at Charlie Hebdo, in a statement to AFP agency.

“They are waiting for justice to be done to find out who did what, knowing that those who pulled the trigger are no longer there.”

The following day, he took hostages at the Hyper Cacher kosher supermarket on the eastern edge of the French capital, executing store employee Yohan Cohen and customers Philippe Braham, François-Michel Saada and Yoav Hattab before dying in a police raid.

“This trial matters even though Amédy Coulibaly is dead,” said Patrick Klugman, lawyer for the victims at Hyper Cacher. “Without those defendants in the box, Coulibaly would never have been able to act.

Yemen-based Al-Qaeda in the Arabian Peninsula claimed responsibility for the coordinated attacks, and Coulibaly claimed he was a member of the Islamic State (IS) armed group.

Safya Akorri, a lawyer for the defence, said the “rigour” of the French justice system would also be on trial.

Brothers Mohamed and Mehdi Belhoucine and Coulibaly's companion Hayat Boumedienne left France in the days prior to the attacks part of the territory between Iraq and Syria the IS then claimed was part of its “caliphate”.

Despite various accounts of their demise, there has been no official confirmation of their deaths and they are still subject to arrest warrants. Boumedienne was reported alive as recently as October 2019.

Mohamed Belhoucine and Ali Riza Polat, an associate of Coulibaly who has been in custody since March 2015, face charges of complicity with terrorist crimes, which is punishable by life in prison.

Mehdi Belhoucine, Boubedienne and most of the other accused face charges of association with a terrorist enterprise and risk 20 year prison sentences.

The trial was scheduled to begin in April and postponed due to the Covid-19 epidemic.

It is expected to last until 10 November.