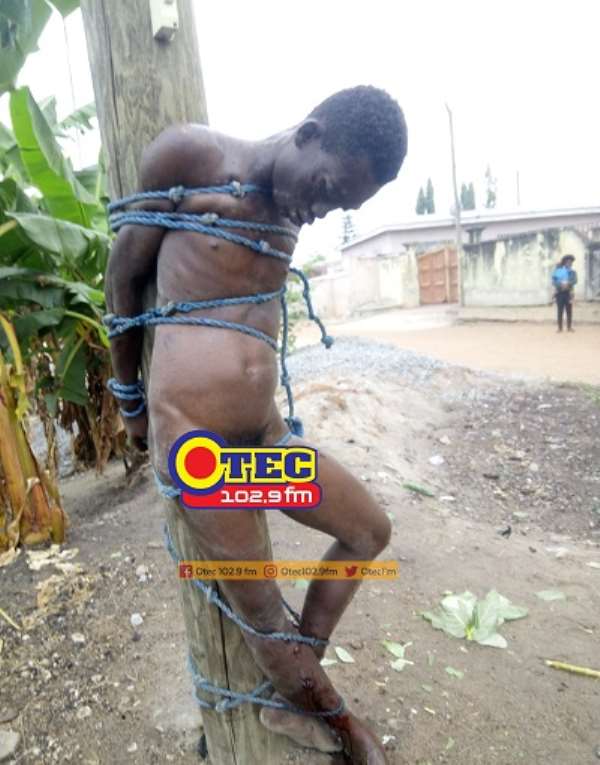 An unidentified man has been lynched by unknown assailants in the early hours of Saturday at Bremang UGC, Nankabamu, in the Suame Municipal of the Ashanti region.

The victim, who was found dead while naked, had multiple injuries on the body and was tied with rope from the neck to the feet to an electric pole.

Some residents, who spoke to Otec News’ reporter Francis Appiah, said they heard someone crying for help around 4am but were afraid to come out to his rescue, suspecting the person must be a thief.

“We later found out that he was caught by his assailants in an attempt to steal a car battery. We are happy because thieves have been terrorizing us for a long time in the vicinity, in some instances, stabbing people in the course of their operations,” an elated resident said.

The residents complained to Otec News that they have reported the poor security situation in the area to the assembly member of the area, Hon. Agya Sarfo, but he is yet to act on it.