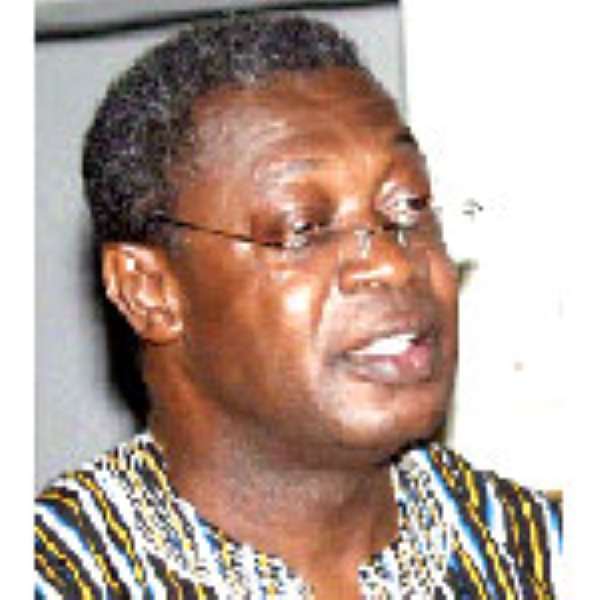 Professor Agyeman Badu Akosah, Director General of Ghana Health Service, had reiterated the need for health professionals to abide by the call of the profession to ease the pain and suffering of humankind.

He explained that health professionals by their training and roles were expected to be circumspect in their dealings with the people and not to aggravate their suffering and pain through strikes and other actions or inactions.

Professor Akosah said this in an address read for him at Sunyani in the Brong Ahafo Region at the unveiling of the bronze busts of the three urological specialists who perished in a motor accident while returning to Accra after performing outreach services at the Regional hospital in the Brong Ahafo capital iast year.

The busts, costing 75 million cedis, are erected at the frontage of the hospital and the good work of the sculptor, Mr George Yaw Ahenkan Sekyere, a holder of MSc in Fine Arts from the Kwame Nkrumah University of Science and Technology in Kumasi, sent most of those present, particularly the families of the deceased drenched in tears.

The occasion was also used to raise funds for the Urological Foundation and for the upkeep of the survivors of the accident and their families.

Professor Akosah noted that Professor Quartey and Dr Bentsi could have chosen to enjoy the comfort of retirement but prompted by their training as life-savers threw caution to the wind and engaged in the outreach programmes to save the lives of other Ghanaians.

He said Dr Osei-Wiafe was in his prime and could also have joined the bandwagon to seek greener pastures as some of his colleagues but for his training and professional call, chose to save humankind.

The Director General called on health professionals to follow the commendable act of the deceased doctors and eschew acts that rather inflicted further pain and suffering on the people.

Mr Jake Obetsebi Lamptey, Minister for Tourism and Diasporan Relations, who represented President Kufuor reiterated the concern over the departure of health professionals abroad seeking greener pastures after being trained with the taxpayer's money in the country.

He noted that the situation had necessitated the outreach services that led to the untimely deaths of the three eminent urologists, two of whom should have enjoyed the comfort of retirement.

The Minister commended health professionals in the country for their patriotism and sense of commitment to the ideals of the medical profession and urged them to continue to respond positively to the extra-ordinary challenges to help make the country safer and better.

Dr Mrs Gladys Ashittey, Deputy Minister for Health, said the memory of the three urologists "should remind us that the sector needs to do more in addressing, not only the human resource constraints, but also human resource distribution in the country."

"It is due to the lack of specialised services at the regional and district levels that necessitated the outreach programme, which resulted in their (deceased urologists) untimely deaths," she emphasised.

The Deputy Minister stressed the need for the health sector to re-strategise on finding a more lasting solution to the human resource crisis.

Mr Ignatius Baffour Awuah, Brong Ahafo regional Minister said the region in collaboration with the health authorities in the region decided to honour the deceased urologists "for their long association with our region, but more importantly to show our appreciation for their immense contribution to the health of our people through the urological outreach services."

He called on Ghanaians to be guided by the ideals the deceased doctors stood and died for, especially their humility and desire to serve humanity irrespective of social class, ethnic or political affiliation.

Among those present were Ministers of State, MPs, DCEs, chiefs and service commanders.