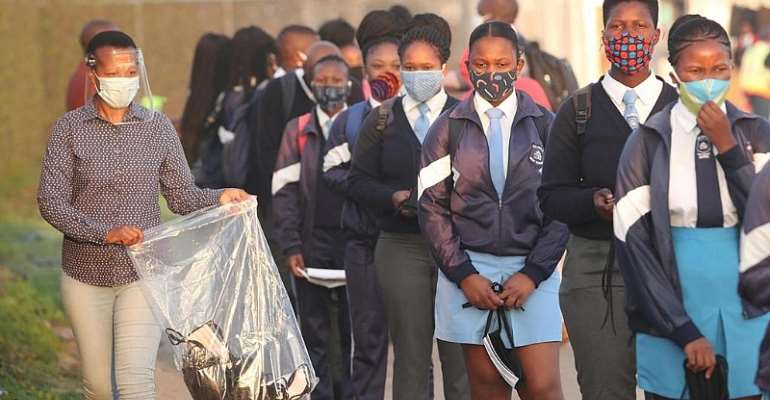 Nearly 300 world leaders have written an open letter to the heads of G20 nations and a series of international institutions warning them of a generation of children with limited education due to disruptions caused by the coronavirus pandemic.

School closures have stunted learning programmes, meaning students will return to class with lower levels of achievement. Some may never return at all.

Warnings of an education emergency have been brewing since July when Covid-19 forced more than one billion students across 160 countries out of school and into remote learning.

Now, a group of former world leaders are hoping to spark renewed focus on the debate that has laid bare existing inequalities in education felt by the world's poorest children.

"What has happened with lockdowns is that the poorest people have been impacted the most," Helen Clark, former prime minister of New Zealand and one of the signatories of the open letter told RFI.

"Families are stripped out trying to cope when subsistence livelihoods are affected. So the prospects of children in those countries coming out of lockdowns, being able to go back to school rather than be sent to work sometimes can be very bleak," Clark said.

In the op-ed published on Tuesday, Clark and 275 top figures from politics, the economy and education, urge G20 leaders, national governments and global financial institutions to take action to prevent the health crisis creating a lost-learning generation.

According to a Unesco report, 30 million children may never return to school.

"We're talking about children who will be sent out to work, girls who will be pushed into early forced marriage, early pregnancy and all the consequences that come from that," said Clark.

Earlier this month, the UN secretary general, Antonio Guterres, called for bold steps to address the learning crisis that existed long before the pandemic, and which has only exacerbated the achievement gaps between low and high-income students.

Addressing the digital divide and the uneven levels of technology for disadvantaged students is one step, said Clark.

"In New Zealand, the government sent out modems and iPads to children who didn't have them. That's not going to happen in the world's poorest countries without a lot of support," she added.

Bridging digital divide
She refers to countries like Ethiopia, where only 7 percent of the east African nation's poorest households have access to a radio.

"Getting that basic connectivity and reach to keep schooling going, even though the child cannot physically be in front of the teacher" is a priority said Clark. "It's like business continuity ... education continuity must continue through a pandemic."

New Zealand's former prime minister and other world leaders are urging G20 heads to protect front-line education spending and offer debt relief for poor countries to help them mitigate the impact of Covid-19 on schooling.

Mobilizing the financial resources in a time of crisis, however, is a tall order.

Clark, a former administrator of the UN development programme, admits that times are tough for everyone but says that developed countries have deeper pockets than others.

"They can dig a bit deeper to support their international aid budgets and not be cutting those and ensuring that the international financial institutions have the resources that they need to give a response at the scale that is needed.

"It's not easy times. But the counterfactual is if we miss this opportunity, we do face having a lost generation," she said.