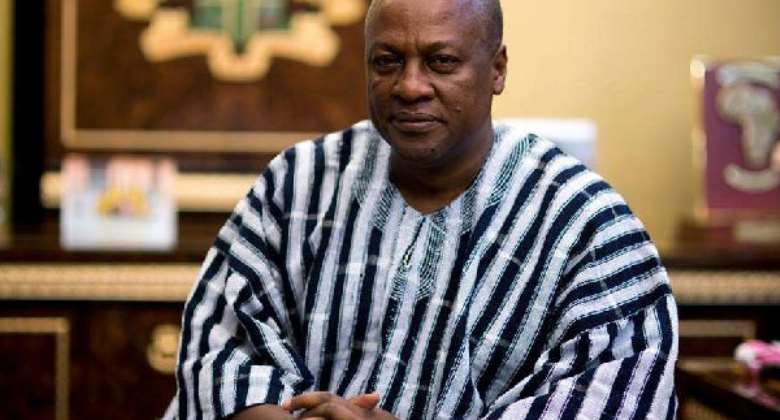 As the 2020 general election is fast drawing near, the National Democratic Congress (NDC) commandant, Mr. John Drama(ni) Mahama is visibly sitting on the tenterhooks, scared, frustrated, angry, still feeling a sense of betrayal, while greedily desperate for presidential power, among others. Based on his pretentious display of public contrition since losing power in 2016, the NDC flag bearer appears to entertain strong sentiments that the ‘easy-to-forget’ Ghanaian voters will do the ‘noble thing’ this time around and vote him back to power that Nana Akufo-Addo ‘inexplicably’ took away from him—JD Mahama.

Evidently, for ex-President Mahama and his campaign poodles, the upcoming presidential election—of all elections—forms the climax, a sort of apotheosis of JDM’s whole political career. In Mahama-controlled NDC’s calculation, the former president turned presidential candidate cannot afford to lose the nation’s presidency to an ‘undeserving’ Nana Addo the second time in the row. For Mr. Mahama, the 2016 electoral defeat was an aberration.

In that regard, Mr. Mahama and his bootlickers, from all indications, are mostly mounting campaign along the lines of ‘anything goes.’ Attack, say many untruth things, and demonize every needed social programs the NPP-led government is genuinely putting in place to help change majority of Ghanaians’ lives.

For example, Mr. Mahama and his hangers-on have mocked and dismissed the landmark public policy such as the Free SHS even before the then infant administration of Nana Addo had the chance to implement the much-needed intervention programme. The Mahama-led NDC was fiercely against the policy before the party is for it now. As of now, the NDC presidential aspirant is saying he is in favour of the Free SHS, because the general saying that “if you can’t beat them, join them” seems to be sinking deeply into Mr. Mahama’s moral conscience as opposed to his self-serving and over-ambitious political position put up earlier.

Like the proverbial leopard that can never get rid of its dark spots, former President Mahama appears to admit he is on the wrong side of history regarding his self-centered opposition to the significance of the Free SHS to Ghana’s future development. But his turncoat position now toward Nana Addo’s flagship educational programme comes with a suspicious caveat.

Recently, former President Mahama has been claiming it is a lie for anyone to say he is going to abolish the Free SHS in an unlikely event of becoming president in Ghana again. In the same breath, however, he quickly adds that his government will review or implement the tuition-free senior high school system in a different way should NDC win the presidency.

Here, one may be tempted to ask: What form or what exactly is Mr. Mahama implying, with his reference to reviewing the Free SHS and implementing it differently? Is that a subtle way of saying the whole programme will be dismantled and start all over again in line with the dictates of the so-called NDC’s “green book”? If that is not the case here then let the former president provides detailed explanation of how he plans to implement the Free SHS differently without upending the foundations of the educational policy?

Unless the ex-president (Mahama) is merely saying anything to appear serious and creative because of the high stakes involved in the upcoming general elections, or the life and death lenses through which Mr. Mahama, especially, view the forthcoming polls, there is nothing afresh about the noises he and his followers are making about Nana Addo’s numerous, social intervention programmes. Plus, many of us know public policy 101 teaches that—at least—there are four phases involved in any public policymaking process: Setting the agenda, policy formulation, policy implementation, and policy review phases.

Our submission here is that if Mr. Mahama keeps talking about the Free SHS in terms of having problems with the programme’s implementation, we contend that the NDC flag bearer hasn’t said anything new or original. This is because we know all governments’ policies across the globe go through the above-named four stages. Besides, one needs to point out that, among others, the policy evaluation phase can be subjective, depending on several factors.

That is to say if the political biases or ideological beliefs of the reviewer(s) are at odds with a particular set of public policies, such as the Free SHS, then what happens after a policy review by a successive government? Given the hostile track records of the past Ghana governments toward regimes of different political persuasion, and the fact that Mahama-controlled NDC has mortal disdain for Nana Akufo-Addo’s Free SHS concept, what will be the true fate of Free SHS under Mahama’s watch in case he were to come back to power in an unlikely scenario?

Premised on many of his public utterances, it is clear the “apostle of boot-for-boot” philosophy seems to believe he has messianic mission not only to repair his ‘unblemished’ public persona that has been contemptuously associated with incompetent leadership but also, Mr. Mahama holds the view that Ghanaians are truly nostalgic for his presidency since leaving office. This make-believe perception stems from the NDC’s incessant disinformation that somehow majority of Ghanaians have now realized that they made huge mistake in voting for Nana Akufo-Addo into power in 2016.

Thus, ex-President Mahama is more or less a captive of his own party’s campaign misinformation pertaining to Ghanaians’ nostalgia for his return to power—to do what? Your guess is as good as mine. Most likely, it is this feel-good-ingrained attitude that is energizing and raising Mr. JD Mahama and his devotees’ unexamined hopes, including the belief that the December 2020 general elections mark the apotheosis of his entire presidential ambition.