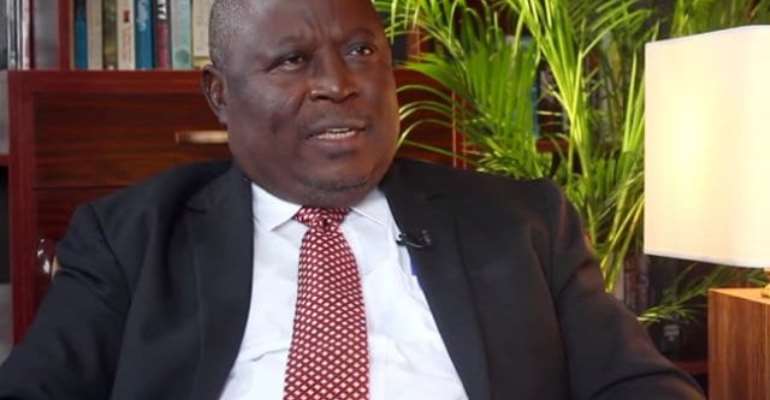 Ex-President Jerry John Rawlings did not like the current Special Prosecutor, Martin A.B.K. Amidu, to be the running mate for the National Democratic Congress (NDC) during the 2000 election when he was exiting power after 19 years in office.

He was reluctant for Mr. Amidu who was then Deputy Attorney General to partner the then Vice-President John Evans Atta Mills and preferred his Attorney General, Dr. Obed Yao Asamoah, according to Prof. Kwamena Ahwoi.

Prof. Ahwoi in his book 'Working with Rawlings' has been giving explosive details about what transpired in the NDC during Mr. Rawlings' presidency and has gone to the extent of describing the former military leader, amongst other things, as vindictive.

He said it took himself, Prof. Daniel Ohene Agyekum and Kofi Totobi Kwakye to convince Mr. Rawlings that it was not ideal for Dr. Obed Asamoah to be on the NDC ticket with Prof. Mills, who had been handpicked by the NDC founder to replace him.

“The 'Ho Coronation' over, attention now turned to the choice of a running mate to partner Professor John Evans Atta Mills on the NDC ticket for the 2000 presidential election. Rumours were rife that President Rawlings and his wife had decided on Dr. Obed Asamoah for the position, and that they were determined to foist their decision on Professor Mills,” Prof. Ahwoi said.

He said, “Many people reacted negatively to the rumour of an Obed vice-presidential candidacy. They felt that Obed would not be an appropriate choice because he was inflexible and a little too self-opinionated,” adding, “Part of the rumours turned out to be true, but part turned out not to be true.”

According to Prof. Ahwoi, “For whatever reason, and it appeared this was a strategy conceived by President Rawlings, Rawlings got Professor Mills to be the one who broached the subject of having Dr. Asamoah as his running mate to him (President Rawling), President Rawlings informed Professor mills that he wanted to discuss the subject with some 'comrades' of his. These comrades turned out to be Mr. Daniel Ohene Agyekum, Mr. Kofi Totobi-Quakyi and I.”

He said, “This development was rather interesting because Prof. Mills had confided in the three of us that President Rawlings was trying to impose Dr. Asamoah on him, but that he was very uncomfortable with the idea and very reluctant to accept him for 'some' reasons.”

He said Prof. Ohene Agyekum, who was their spokesman, argued against the Obed factor using the ethnic and other reasons to convince the President.

“Jesus!” exclaimed President Rawlings, followed by an expletive. He then punched the nearest castle glass door with his fist and sustained a sprain which put his wrist in a Plaster of Paris cast for the period of the campaign,” was Mr. Rawlings' reaction according to Prof. Ahwoi.

He said, “When we returned to brief Professor Mills about the successful outcome of our meeting with President Rawlings, he gave us an assignment. 'My brothers,' he said: 'than help find me a running mate.'”

He said Mr. Amidu was one of the founding cadres of the revolution and was very much respected by the young 'revolutionaries' who were leading the Reform Movement which was happening in the NDC at the time.

“His name had also been linked to the movement, though never openly, and he was rumoured to be attending meetings with them. At the suggestion of Kofi Totobi-Quakyi, we made the following calculation: 'why not dangle the running mate bait before Martin Amidu? If he swallows it, he is likely to deflect the Reform defection or at worst to split their ranks',” he said.