Throwback Video: How Prof. Kwamena Ahwoi Collapsed During A Running Competition With Rawlings In PNDC Era 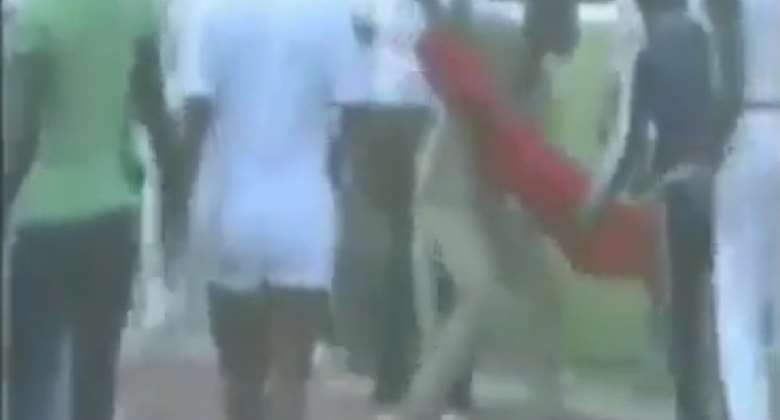 A former Local Government Minister and member of the NDC Prof. Kwamena Ahwoi who is currently trending in the news following his recent book titled 'Working With Rawlings' collapsed during a running competition with the then Head of State, J.J Rawlings and few others at the Accra Sports Stadium in the PNDC era decades ago.

A throwback Video this portal chanced on shows the young Kwamena Ahwoi collapsed at the finishing line.

It took the swift intervention of medics to get him back to his feet after attending to him on the pitch.

In the video, ex-President Rawlings who emerged winner of the competition said in an interview with a journalist that he had to stop smoking in order to build his stamina.

It has never come to limelight before in Ghana that J.J Rawlings used to smoke during his days as Head of State of the country.

However, what Rawlings said in the video is a clear indication that the much loved J.J Rawlings used to smoke in the past.