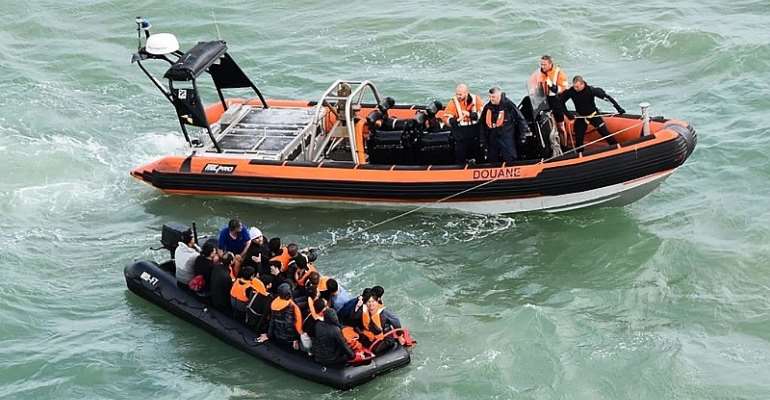 Britain and France have agreed to beef up efforts to stop migrants from crossing the English Channel in small boats, as concern grows in London over the numbers of migrants entering British waters from France.

Following talks Tuesday in Paris, British immigration minister Chris Philp said that Britain and France were working on a “new operational plan” that would make the Channel route unviable for "illegal migrants" in a bid to cut off smuggler networks.

“We have reaffirmed our unshakeable shared commitment to making sure this route of crossing the channel is made unviable," Philp said in a statement after meeting with French officials.

Britain has been looking for ways to address illegal immigration including taking the fingerprints of migrants caught crossing the Channel, after a surge in numbers arriving from France by sea.

The talks between the two countries came after days of loaded statements between the two nations with one British minister imploring France to take back its "illegal migrants", amid accusations the French were not doing enough to prevent and deter people from crossing the Channel.

Crossings unnecessary
Philp on Tuesday conceded that the French were doing a “great deal of work” and had intercepted more than 1,000 people attempting to reach England this year.

"It's quite clear more needs to be done and that is exactly what this new comprehensive action plan that we are working on will aim to do," Philp said.

Amid favourable weather conditions over the past few days, smugglers have stepped up efforts to encourage people to make the journey in dinghies and other vessels.

Philp described the crossings as "totally unnecessary" given that France is a safe country and blamed "ruthless criminal gangs" for putting lives at risk.

More than 650 migrants have arrived so far in August according to media reports, including 235 in a single day at the beginning of the month.

Controversy
Alarm is growing over the UK's hardline stance towards migrants, which at one point included bringing in the navy to discourage refugees and migrants from seeking sanctuary.

"It is a declaration of war," Natacha Bouchart, mayor of the northern port town of Calais told France 3 TV.

"Instead of improving their reception of refugees, they're trying to give lessons and make the people of Calais bear the brunt of this longstanding situation," Bouchart said.

Migrants have long used northern France as a launching point to get to Britain, either in trucks through the Channel Tunnel or on ferries.

As that has become more difficult amid tighter security measures, increasing numbers have turned to small boats organised by people smugglers.

Humanitarian groups have also urged London to consider bolstering or creating safe and legal routes to the UK for asylum seekers to reduce the number of people risking their lives at sea.

Many of them come from some of the poorest and most conflict-torn zones in the world, having travelled from the Middle East, Africa or Asia.