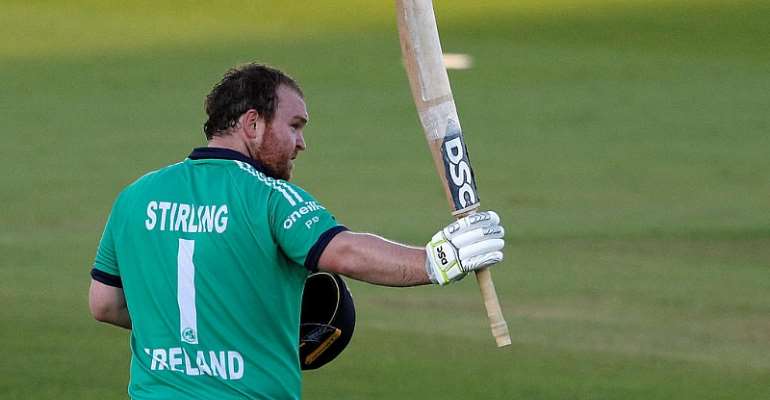 Paul Stirling and Andrew Balbirnie ensured they'd be stood rounds for a good few years after both scoring centuries in Ireland's record setting run-chase during a seven-wicket triumph over England at Southampton.

Set 328 for victory in the third one-day international (ODI) against the world champions on Tuesday, Stirling and his skipper shared a partnership of 214 runs in the hunt for glory.

But when Stirling was out for 142 and Balbirnie fell at 113, the side was still 50 runs shy of the target.

However, veteran batsman Kevin O'Brien and debutant Harry Tector took up the challenge with 21 and 29 respectively to steer the team to victory with one ball to spare and register Ireland's most successful chase in ODIs after they reached a target of 328 in a 2011 World Cup win over England in Bangalore.

"We've chased over 300 a number of times, so we knew we could do it," said Stirling, who was deemed the player-of-the-match.

Delight
Balbirnie added: "We absolutely thought we could chase it, we just knew we had to bat well up top.

"We are delighted with how it finished. We obviously didn't perform with the bat in the first two ODIs.”

Ireland's win was all the more impressive as they had lost the first two matches in the three-game series after making low scores of 172 and 212.

They also gained 10 points in the new World Cup Super League, which will determine qualification for the 2023 World Cup in India.

“Full credit to Ireland,” said England skipper Eoin Morgan. “They outplayed us. I thought we had an average day and we stuttered throughout."