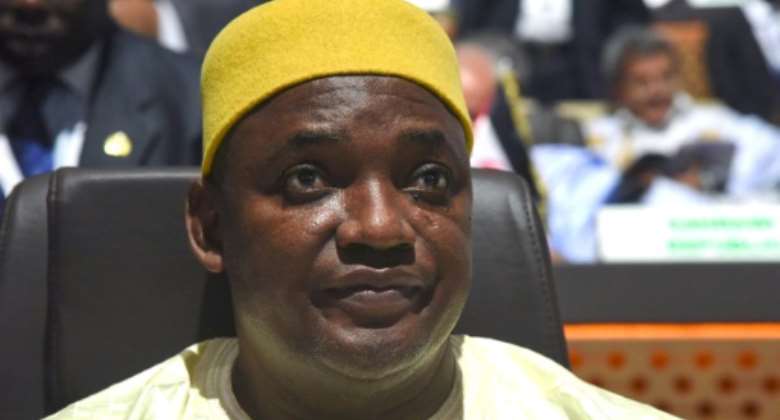 Three Gambian government ministers have tested positive for the coronavirus, with Gambian President Adama Barrow in self-isolation after his deputy got the virus. By ISSOUF SANOGO (AFP/File)

Three ministers in Gambia's government have tested positive for the coronavirus, officials said, days after the West African nation's president went into self-isolation.

Finance Minister Mambureh Njie, Petroleum and Energy Minister Fafa Sanyang and Agriculture Minister Amie Fabureh "have tested positive" for the virus, the presidency said in a tweet on Sunday.

Health authorities in the former British colony of some two million people have recorded 498 coronavirus cases to date, with nine fatalities since its first case was reported in March.

The Gambia closed air and land borders in March. It has also restricted public transport, shut schools and markets, and made face masks compulsory.

But as with other poor countries in the region, there are fears that the tiny nation is ill-equipped for a large outbreak.