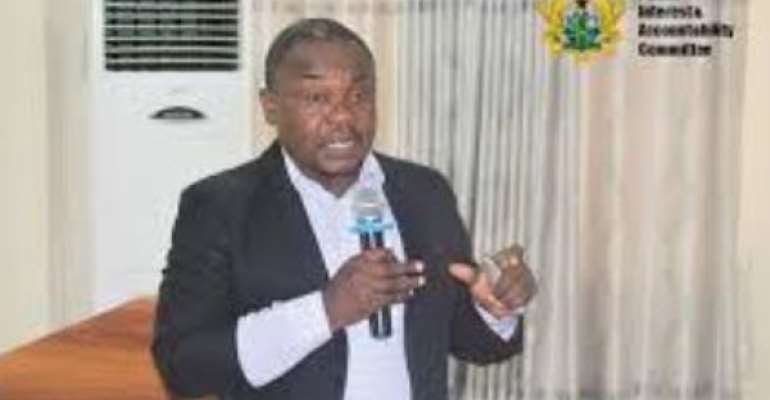 The Public Interest and Accountability Committee (PIAC) want an amendment to the Petroleum Revenue Management Act (PRMA) to remove the ministerial discretion in the allocation of excess revenue over the Stabilisation Fund (SF) cap.

Currently, the Minister has the power to determine how much of the excess funds go into the Contingency and Sinking Funds.

The removal of the discretion, PIAC said, would ensure that there was enough money in the Contingency Fund to address national emergencies.

Mr Noble Wadzah, Chairman of PIAC, a constitutionally mandated body with oversight responsibility on the prudent use and accountability of oil revenues, made the proposal at a public forum on the management and use of Ghana's petroleum revenues in Cape Coast on Tuesday.

The forum brought together key stakeholders, including representatives of the Central Regional Coordinating Council, PIAC member institutions, traditional and religious leaders, media and the public.

PIAC in its findings of the 2019 annual report observed that an amount of US$189.13 million was withdrawn as excess over the cap (ceiling) of US$300 million placed at the discretion of the Minister of Finance on the GSF for which the excess, was withdrawn into the Sinking Fund.

The Committee further noted in its report that the accumulated net profit on investment of the GPFs since November 2011 to the end of 2019 amounted to US$65.92 million, adding that, investments were mainly in low-risk instruments with low returns.

In this regard, Mr Wadzah reiterated the Committee's recommendation to the government to invest petroleum revenues in high yielding capital projects for maximum returns.

“After reviewing GIIF' s investment of US$30 million in KIA Terminal 3, and the subsequent returns of US$5.5 million of the initial investment in three (3) years, the Committee recommends more of such investments in high-yielding capital projects. This aligns with the spending aspirations of the ABFA with respect to capital expenditure,” he said.

PIAC expressed worry about the cummulative indebtedness of Ghana National Gas Company (GNGC) and called on the Government to as a matter of urgency address its unsustainable debts.

It further urged the government to expedite action on the infrastructure requirement for gas evacuation and utilisation in order to avoid the huge backlog of make-up gas volumes and eventual resource waste.