The Voting Registration Brouhaha: The Position of the 4th Republican Constitution on Who Qualifies to be Called a Ghanaian 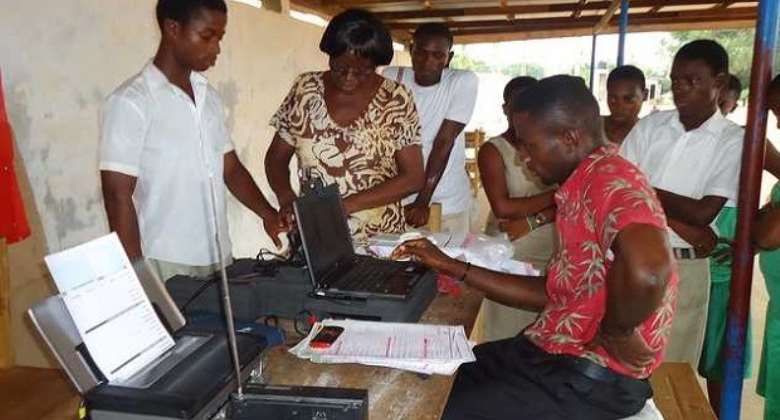 Ghana, like all democratic dispensations around the world, embraces the rule of law not the rule of men in almost every pertinent issues of national importance and such issues may include the citizenship status of people living in the country.

It is very imperative to note that how people become citizens of countries is determined by the fundamental principles according to which they are governed. Therefore, some people may hold the view of belonging to a country but may not if they do not advert their minds to the constitution of the country in question.

recently, Ibra 1's brothers was asked if he was a Ghanaian and he said yes we are Ghanaians. All my siblings were born in Ghana but our parents are from Niger. So I ask the question, who is a Ghanaian? And what does the 1992 Constitution of Ghana requires one to be considered a Ghanaian?

Articles 6,7,8,9 and 10 of the 1992 Constitution of Ghana address the question of who a Ghanaian is but am here to deal with one of the means through which one can be considered a Ghanaian which has a proclivity with Ibra 1's brother's answer.

According to him, they are Ghanaians because they were born in Ghana, they have schooled from here and have no other country. With this in mind, it automatically posits that he is referring to citizenship by birth.

This quintessentially posits that one is a citizen of a country if he was born in that country. Example of such countries include United States of America. I believe you would appreciate why some people would want to deliver their babies in US. Thus to gain automatic citizenship status for their babies in order to accrue all the benefits that come with it.

with this, one can only be considered a citizen of a country if one or both parents belong to that country with emphasis on irrespective of the place of birth. (Article 6 Clause 2) of the 1992 Constitution. So if your parents come from say America and you were born in Ghana, you would be denied the privilege to be a Ghanaian by the spirit and the letter of this.

Even Article 6 Clause 3 will not guarantee them citizenship status of Ghana because one would have to be a child less than 7 years and found in Ghana whose parents' identity could not have been traced before he or she qualifies to be a Ghanaian.

So the only Avenue left is Article 7 Clauses 1 and 5 whereby marriage and registration or naturalisation, they could be considered to have been qualified to be a Ghanaian if they so wish.

Therefore if they and anyone who thought he or she was a Ghanaian by the same thinking and understanding and do wish to be Ghanaian, vote and do all there is for Ghanaian to do legally, might want to advert his or her mind to my write-ups to do the needful, which is naturalisation.