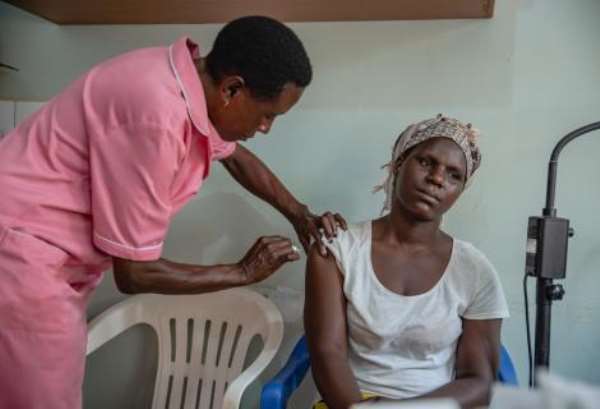 As I have told my friends for many years, the International Monetary Fund (IMF) is incapable of helping nations grow their economies. I do not believe the IMF can point to any success story, where its policies led to improving the standard of living of the population. Their macro-monetarist ideology fails to understand the essential driver of real (not monetary) growth. Following IMF prescriptions usually results in more suffering for the victim nation. For a more in depth analysis read my article from last year: Africa Needs Real Economic Growth, Not IMF Accountants.

The report cited by the ActionAid and Public Service International highlights the failure of the IMF: IMF Told Countries Facing Critical Health Worker Shortages to Cut Public Sector Wages The statistics are revealing, but should not be shocking to those of us who study physical economics. Throughout its history we have seen the IMF insist on cuts to meet to macro-economic goal at the expense of the population. This report clearly pinpoints the effects of tying loans to cuts back in healthcare. Africa was suffering from an acute shortage of healthcare workers before the COVID-19 pandemic. Sub-Saharan Africa has the fewest physicians per 1,000 population and the lowest number of hospital beds per 1,000 population.

It was pointed out by Ethiopian Prime Minister, Abiy Ahmed, earlier this year, that payments of debt service equaled or surpassed the amount of money nations spent on healthcare. He wrote “In 2019, 64 countries, nearly half of them in sub-Saharan Africa, spent more on servicing external debt than on health. Ethiopia spends twice as much on paying off external debt as on health.

African nations, or any country for that matter, should not be subjected to this kind of treatment. Human life is real and precious. Debt is merely a financial accounting mechanism. There is no equivalence.

The COVID-19 pandemic has revealed the failure of the world globalized financial system, which has been become decoupled from the real economy. Genuine economic growth uses credit to promote human life. President Franklin Roosevelt’s Bretton Woods system, in its perverted form, came to an end on August 15, 1971. For the last fifty years, the City of London-Wall Street centered financial system has become more corrupt each decade, serving the interest of a tiny few. Now is the time to launch a New Bretton Woods, dedicated to improve the conditions of life for all people of all nations. I will be writing more on this subject in the future.

Below are excerpts from the cited report:

“The analysis, released to mark UN Public Service Day (23 June), shows that every single low income country which received IMF advice to cut or freeze public employment in the past three years had already been identified by the World Health Organisation (WHO) as facing a critical health worker shortage.

“ActionAid’s 2020 report Who Cares for the Future: Finance Gender-responsive Public Services exposed the detrimental IMF loan conditions and austerity measures which have pushed 78% of low-income countries to plan for zero increase in public sector wages.

“When countries are told to contain wage bills it means fewer doctors, nurses and front line health workers in countries already desperately short of medics. This was a dangerous practice even before the Covid-19 pandemic and is unthinkable now.”