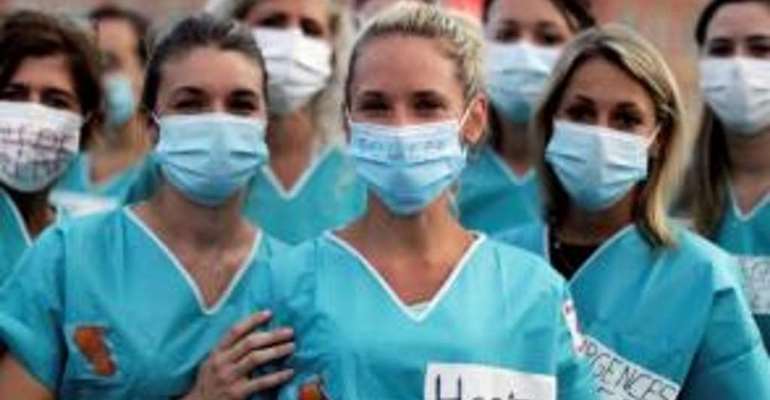 France's government has extended its marathon negotiations with healthcare workers and unions after the two sides failed to reach an agreement on widespread reforms to improve conditions in hospitals and nursing homes.

The so-called Ségur de la Santé, named after the avenue where the Ministry of Health is located, has been ongoing for five weeks and had been due to conclude on Friday.

In the wake of the coronavirus crisis that heavily tested France's healthcare system, Macron has promised to release between 15 and 20 billion euros as part of a “massive plan” to invest in buildings and equipment, and to increase the hospital staff wages.

"This is 40 times more than the annual increases in hospital wages made by the previous government," said Health Minister Olivier Véran. “It is the biggest effort ever made for the health sector.”

Unions unconvinced
However unions say the government's various proposals are, for the most part, unacceptable and do not live up to the “legitimate expectations of employees”.

A ministry spokesperson told AFP the prolonged negotiations would not affect the government's original commitment. "We want to announce of a package of measures for hospital staff and carers before mid-July," the spokesperson said.

To oversee the negotiations, the government appointed Nicole Notat, a former head of the moderate CFDT labour union and a supporter of Macron during his 2017 presidential campaign.

She has promised to seek the widest possible consensus in negotiations and not to let her personal position interfere.

Before the coronavirus crisis hit, nurses, doctors and emergency staff spent many months striking and protesting over their pay and working conditions.