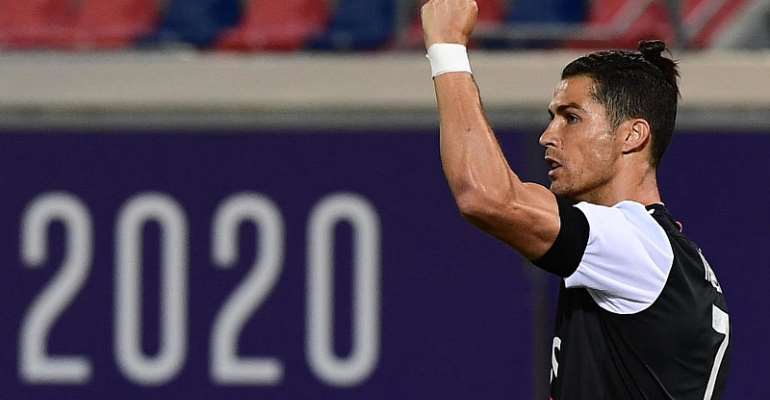 Cristiano Ronaldo scored his 23rd goal of the season as Juventus moved seven points clear at the top of Serie A after a 4-0 annihilation of Lecce.

The visitors arrived at the Allianz Stadium in Turin in the final relegation spot. And they undermined their chances of survival against the pacesetters when Fabio Lucioni was sent off after only 32 minutes.

The veteran defender misjudged the flight of the ball on the half way line and then clumsily bundled over Rodrigo Bentancur who could have gone clear.

However, eight minutes into the second-half, Paulo Dybala opened the scoring.

Marksman
Ronaldo thrashed home the second from the penalty spot nine minutes later after he was tripped by Luca Rossettini.

Gonzalo Higuain added the third after being set up by Ronaldo and Matthijs de Ligt completed the rout in the closing stages.

Juventus, who are seeking a record extending ninth consecutive Serie A title, boast 69 points from their 28 games.

Second-placed Lazio can reduce the gap to four points if they beat Fiorentina on Saturday night at the Satdio Olimpico in Rome.

At the other end of the table, Lecce stay third from bottom, level on 25 points with Genoa who also have 25 points but a superior goal difference.

What Will The Publication Of 260-Page Cocoa Road Audit Repor...
17 minutes ago