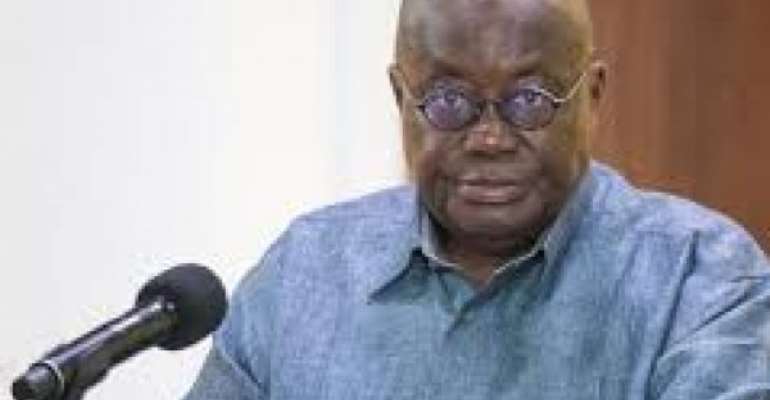 Aggrieved workers of the Ghana Ports and Harbours Authority (GPHA) have appealed to President Akufo-Addo to call the Meridian Ports Services (MPS) to order in order to increase the revenue base of government.

“MPS, we think has burnt all its bridges now and come to the place, where it needs a strong rebuke from the President himself. President Akufo-Addo must call this company to order,” says Emmanuel Neequaye, Chairman of the GPHA workers Union.

Speaking in a News conference on Wednesday Mr Neequaye said the MPS were not respecting the President as they were not abiding by a peaceful arrangement to allow GPHA some 20 percent of work after President Akufo-Addo had personally ordered a negotiation.

“The GPHA workers are up in arms over MPS' alleged failure to abide by an agreement that was reached to annually pass on 20 per cent of containerized cargo to the GPHA.

“This agreement had been reached in Dubai by the GPHA and MPS, but MPS is said to have since abandoned it.”

The News conference was after a day's demonstration that nearly brought their activities to a halt.

It would be recalled that MPS' deal with the GPHA, which was signed under the previous government was the source of controversy since the Akufo-Addo government took over the reins of power.

Per the deal, MPS would build Terminal 3 of the Tema Port and then operate it to offset its investment. However, it has been observed that though the terminal 3 project is a good one, the concession agreement was bad, as the Deed of Amendment provided that during the term, MPS should have the exclusive right to provide services to any eligible vessel entering the operational area.

What this has translated into is lack of work for the GPHA, a thing that has affected revenue massively and made it difficult to pay GPHA workers. The GPHA workers have therefore been agitating for the contract to be varied.

Last year, matters came to a head and President Akufo-Addo directed the GPHA and MPS to sit down and negotiate for a compromise.

“And so we the leadership of the GPHA workers Union and the leadership of MPS met in Dubai and held talks. We had a fruitful agreement in the end with the MPS agreeing to cede 20% of containerized cargo to GPHA. However, after we returned home, MPS has not acted on the MoU that we achieved in Dubai,” Mr. Emmanuel Neequaye said.

According to him, the MPS arrangement in its current form was taking so much revenue from GPHA that the Authority is finding it difficult to pay workers.

On Tuesday the GPHA workers went on a demonstration almost crippling work at the Tema Port. Because of the confusion. Ships could not berth and were forced to remain at the anchorage.

Director General of the GPHA, Mr. Michael Luguje and the Director of the Tema Port, Mrs. Sandra Opoku, tried to get the workers to abandon the industrial action, but they workers did not heed.

“We think that where the issue has reached, it is time for President Akufo-Addo to step in and call the MPS to order, because not only is the MPS arrangement threatening jobs at the GPHA, the company's intransigence is also disrespectful to the President,” the GPHA Union Chairman said.

He lamented that there was tension going on at the Port that needed the President's urgent attention, pointing out the UNI-PASS port management problems as another issue.

“UNI-PASS is a good deal, but the difficulties arising call for urgent attention, management of GPHA is performing excellently well for the company to survive and it would be a good idea, if President Akufo-Addo sets up a committee to resolve the problems in order for an atmosphere of peace to prevail.”

Mr. Neequaye said although the GNA made calls to get the side of the MPS, the Officials failed to pick up their calls.

Give Me Chance To Correct My Errors — Disqualified Kofi Kora...
55 minutes ago