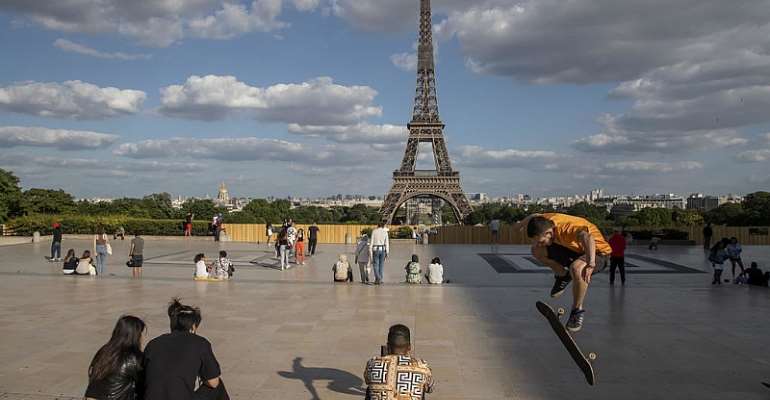 Health authorities in France say the coronavirus epidemic is now “under control” as the country recorded its lowest hospital death toll since mid-March – with epidemiologists now calling for sanitary protocols to be relaxed.

Jean-François Delfraissy, president of the Scientific Council that advises the French government on coronavirus measures told the Journal du Dimanche Sunday newspaper that sanitary rules in schools could be eased by the end of June – in particular for "meals, recreation and sports”.

Contrary to popular belief early on in the epidemic that the virus spread via children, researchers now say children appear to be far less contagious than adults.

"There is no debate to be had because it is a reality that children are not at risk and transmit very very little," Blachier told Europe 1 radio, adding the only measure that should be maintained is the screening of teachers.

"We must lift the overly restrictive measures that prevent everyone from living.”

Case numbers hit a new low
Almost a month after strict lockdown measures were lifted, cases numbers were at a low in mainland France. Among the 236,000 tests carried out this week, 3,520 new cases were identified – in addition to 150 clusters that have been reported since the start of the “deconfinement”.

Except in the French territories of Mayotte and Guyane, the clusters have remained contained, with Daniel Lévy-Bruhl, head of respiratory infections unit for the national public health service, telling the Journal du Dimanche: “These good results are not the result of chance or of nature, but of the efforts of the population and health services."

Epidemiologists agree that a feared second wave has not come to pass, with France along with the rest of Europe instead experiencing a single prolonged virus wave.

Data from the European Centre for Disease Prevention and Control shows new coronavirus infections have dropped below 100 per 100,000 people over the last few weeks.

Most EU member states have committed to opening borders and related travel restrictions by mid-June, following calls by the European Commission to restore freedom of movement within the bloc.

Latin American spike
Europe's reawakening from three months of lockdown comes as the world death toll on Sunday passed the 400,000 threshold. The number of victims has doubled over the past six weeks as Latin America experiences a meteoric surge in cases.

Amid criticism of Brazilian President Jair Bolsonaro's handling of the outbreak, the government over the weekend removed months of data from the health ministry website.

Arguing a “total figure” was not an accurate representation of the situation in Brazil, authorities say they'll now only be reporting cases and deaths in the previous 24 hours.