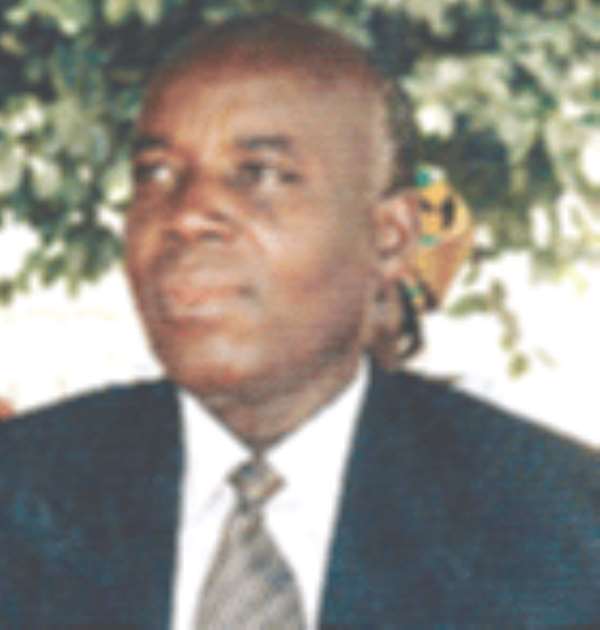 The University of Ghana Medical School (UGMS) has responded positively to the dire need to produce more doctors to meet the national requirement by increasing its intake from 152 to 185 students with effect from the next academic year.

The country's premier medical school has also decided to review its curriculum to reduce the number of years required by students to complete their course from seven and half years to six years.

The Dean of the UGMS, Prof. Aaron Lante Lawson, who made this known in an interview, said when products of the new system joined the medical profession in a few years' time, the number of doctors produced by the school would double from between 70 and 80 to 150.

He said the measure was in line with the government's intention to increase the number of doctors in the system to meet the health needs of the country.

Ghana is currently facing a serious shortage of doctors and other health professionals. There are only 1,600 doctors to cater for a population of 20 million, bringing the doctor-patient ratio to a high 1:125,000.

Prof. Lawson said normally, the UGMS admitted level 200 students but in line with the changes, it would take students from levels 100 and 200 for this academic year, adding that from next academic year, the school would admit level 100 students only.

He gave the assurance that there would be fairness and equity in the new admission policy such that no group of students would lose out.

According to Prof. Lawson, the reduction in the number of years for the medical course had been made possible by increased efficiency, such as the elimination of duplications and the merging of courses with similar background and outputs, to provide a more holistic patient-centred training in line with global trends.

He said the reduction would bring tremendous benefits to parents as they would spend less on their children's training.

Taxpayers would also benefit since state expenditure on the training of students would as well be reduced.
Furthermore, it would increase the ability of the university to train more doctors in a shorter time and, thereby help solve the problem imposed by the brain drain.

Asked whether the changes would not compromise quality and standard of training, the UGMS Dean said the school had a core of dedicated lecturers, who were committed to ensuring that “the world renowned quality of training offered the students will not change”.

Nevertheless, Prof Lawson admitted that the increase in the number of students and the reduction in the duration of training would pose some challenges, such as the need for more residential accommodation and improved living conditions for students, and called for support from all concerned to complete a hostel under construction and to renovate existing ones.

The dean further underlined the need for more staff recruitment and continuous staff training and development.
He indicated that the government had done a lot in the past to improve the infrastructure and provide logistics for the school but pointed out that with the new changes, the school would need more help.

Prof Lawson said clinical training was a very important aspect of teaching and learning but noted that at present, the Korle-Bu Teaching Hospital was choked with students as a result of the increasing numbers.

Consequently, he said, the UGMS had initiated an arrangement to use peripheral hospitals, such as the 37 Military Hospital, the Police Hospital, the La General Hospital and the Ridge Hospital, in addition to Korle-Bu, for its clinical training of students.

Prof Lawson said the government, through the GETFund, had provided two buses for students and two saloon cars for lecturers to facilitate their movement in the course of the clinical training.

He said the government was in the process of establishing the School of Biomedical Sciences and Research, which was expected to produce 400 graduates every year for clinical training at the teaching hospitals after which they would pass out as doctors.

Prof Lawson said it was difficult to get basic scientists to train as doctors and expressed the hope that the establishment of the School of Biomedical Sciences and Research would help fill that gap and ultimately address the shortage of doctors in the country.

He said the government had set up a task force to work on the establishment of the school, which will be sited at Legon under the UGMS.