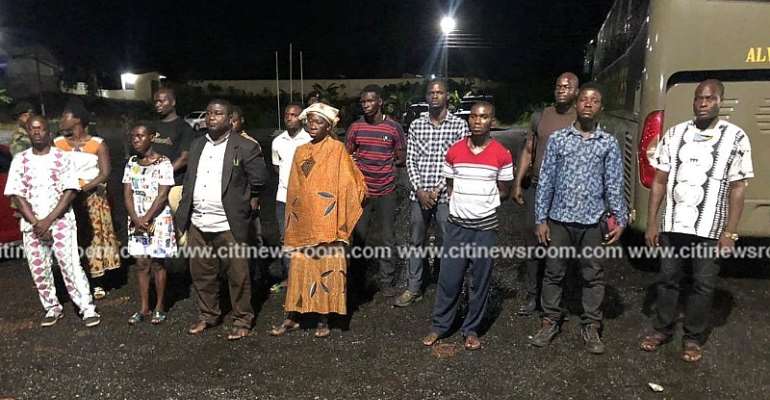 A joint team of military and Police forces have rounded up some 14 persons suspected to be members of the secessionist group, Homeland Study Group Foundation, which has been pushing for the “independence” of Western Togoland from Ghana.

The group, led by Charles Kwame Kudzordi, an octogenarian, has undertaken several activities including the hoisting of the supposed flag of ‘Western Togoland’ in front of the Volta Regional Coordinating Council on the eve of Ghana’s independence day celebration this year.

The 14 who were picked up at Kpando Aziavi in the Volta Region were allegedly in crunch meeting, discussing strategies to destabilise Ghana, according to the military.

The Second in command of the 66 artillery regiment in Ho, Major Jalal Din Ibrahim, told the media the strategic documents intercepted from the meeting detailed a strategy for an uprising in the areas the group claims belong in the so-called Western Togoland.

The 14 were handed over to the Volta Regional Police Command on Saturday evening, pending investigations.

The military has also intensified its visibility in the region following what Major Jalal Din Ibrahim says is intelligence gathered on some planned activities of the group in the Volta Region.

The military assures that with the collaboration among the Police, BNI and the Military, all the plans of the secessionist group will be foiled.