One Rule for Me and Another for Everyone Else: The Cummings Coronavirus Factor 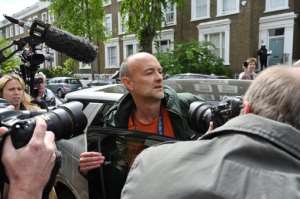 Leaving crises to Prime Minister Boris Johnson’s management skills will never disappoint those who favour chaos and the attractions of vague direction. The double standard is to be preferred to the equal one. With the United Kingdom sundered by death and the effects of COVID-19 (the PM himself having had his battle with the virus), the population was hoping for some clarity. When, for instance, would the lockdown measures be eased?

On May 10, Johnson delivered an address from his comically staged desk which had the appearance of being trapped in the door during a bungled removal effort. “We have been through the initial peak – but it is coming down the mountain that is often more dangerous,” he tried explaining. “We have a route, and we have a plan, and everyone in government has the all-consuming pressure and challenge to save lives, restore livelihoods and gradually restore the freedoms that we have.” Seeds of confusion were sowed with promise. People would be allowed to do “unlimited amounts of outdoor exercise”, and the “Stay Home” message had changed to “stay alert, control the virus and save lives.” The broader citizenry were puzzled.

Mixed messaging was not the only problem facing Johnson, whose preferable default during any emergency is the behaviour of the reasonable Briton, characterised by patience and common sense. Within his own circles, abiding by the rules has been a lax affair. His chief adviser, Dominic Cummings, has been defiant before the lockdown rulebook.

In a statement and press address, Cummings laid out his explanation for his recent bad behaviour. The heart-tugging element was important. So was the ignorance that he had done nothing to niggle the ethical. Johnson had just been found out to have contracted COVID-19. Arrangements of how to handle the emergency were discussed. Then came the urgent call from Cummings’ wife. “She’d vomited and felt like she might pass out. And there’ll be nobody to look after our child. None of our usual childcare options were available.”

What followed that April, with most of the UK in mandated self-isolation, was travel – some 260 miles in all – that involved leaving his London home on a trip to County Durham, accompanied by his wife and child. The decision had been made to stay in a cottage on the farm of Cummings’ father. It was there that Cummings fell ill, as did his son, who spent a stint in hospital. It subsequently surfaced that Johnson’s aide had also repaired to Barnard Castle, a visit reported to Durham police by Robin Lees, a retired chemistry teacher. That visit raised eyebrows for falling within the category of non-essential travel.

The aide’s conclusion for breaching such rules were self-exculpatory, which cannot excite any surprise from those familiar with those behind the law and policy of the state apparatus. The higher up the food chain of power, the more likely the powerful will misbehave and change the meals. Andre Spicer puts it in a dull though accurate manner: “a large body of research […] shows that it is people in positions of power that are most likely to take excessive risks.” Such risks are minimised, if not ignored altogether. The one who assumes, and presumes to be in a position of power, is likely to cheat, bend and break the order.

Cummings, in his reasoning, might have done unreasonable things in the past, but thought that what had transpired over those 14 days was reasonable. “The regulations make clear, I believe the risks to the health of small children were an exceptional situation, and I had a way of dealing with this that minimised risk to others.”

Such a statement of behavioural latitude, in times when those in the United Kingdom, for the most part, have complied with the coronavirus lockdown, looks politically indulgent. Johnson has added to that indulgence, claiming that Cummings merely “followed the instincts of every father and every parent, and I do not mark him down for that.” The “right kind of childcare” was not available” at that time; both Cummings and his wife “were about to be incapacitated by coronavirus”.

Staying with Cummings is courting a grand risk. And such risks compound when they are given the Johnson touch. Professor Stephen Reicher of the Scientific Advisory Group on Emergencies (SAGE) furnishing Downing Street with advice on how the public might best respond to the lockdown measures, seethed on hearing about the prime ministerial defence. “I can say that in a few short minutes tonight, Boris Johnson had trashed all the advice we have given on how to build trust and secure adherence to the measures necessary to control Covid-19.” Honesty had been “trashed”, as had respect for the public, equity, equal treatment, consistency and the message “we are all in Fthis together”.

Even conservative commentary on the subject is wary of the prime minister’s loyalty to Cummings, showing that this is no ordinary row in the halls of Westminster. Former Johnson adviser Tim Montgomerie expressed embarrassment for having “ever backed Boris Johnson for high office.” Chair of the Northern Ireland select committee, Simon Hoare, was baffled. “With the damage Mr Cummings is doing to the government’s reputation, he must consider his position. Lockdown has had its challenges for everyone.” The prime minister “is a populist who no longer understands the populace,” suggests Nick Cohen in The Spectator. “Dominic Cummings pretends to be an anti-elitist but cannot see how lethal the slogan ‘one rule for me and another for everyone else’ is to him and the elite her serves.” That about sums it up.