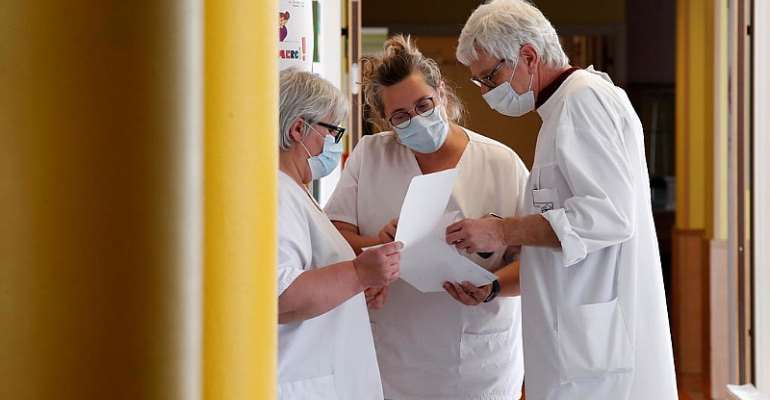 The number of Covid-19 patients admitted into French hospitals continues to fall steadily. As the number of confirmed cases worldwide passed 5 million, the total death toll in France reached 28,132 on Wednesday.

France holds the world's fifth-highest tally in terms of fatalities. The health ministry reported 110 new deaths at hospitals and care homes for the elderly, a day after revising the total death toll downwards due to adjustments reported by regional health centres.

The number of confirmed cases increased by 418 to 143,845 on Wednesday, an increase of 0.3%, in line with the average rise per day seen since the end of a lockdown on 11 May.

Admission in hospitals and the number of people in intensive care are key indicators for the French health system's ability to cope with the pandemic. They have been on a downward trend for the last five weeks.

Geneviève Chêne, head of the National Health Authority, said there were no signs the pandemic is picking up, despite some new infection clusters.

Even though she warned that the virus "is still there".

"We will have to wait until the end of next week to know if contaminations are on the rise again", she said to Le Parisien daily. “ Because there is a delay between the incubation of the disease and the gathering of reliable infections data.”

A total of 109 people have tested positive for Covid-19 at a slaughterhouse in the western Cotes d'Armor region in Britanny.

The regional health authorities said on Wednesday that some 818 people have been tested at the plant, following a second wave of testing.

Those diagnosed as having the disease are being contacted by employee insurance firms that have identified all their contacts at risk of catching the illness, requiring them to respect two-week quarantines, take tests and wear masks.

The cases follow coronavirus outbreaks at meat plants not only in France but also in Germany, Spain, Australia, the United States and Brazil where people tend to work in close proximity.