By RFI with Mike Woods
Europe 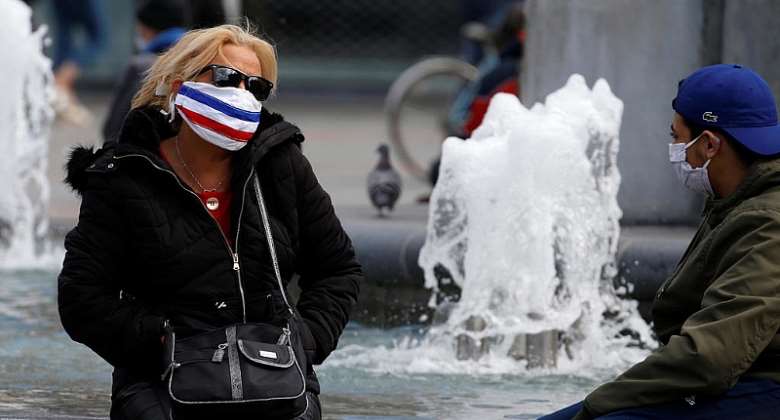 French top health official Jérome Salomon said Tuesday it was possible to keep the coronavirus epidemic under control if everyone remained vigilent as new infections and tracing drives were announced in heavily affected regions.

In his first press conference since France began lifting a 55-day confinement on 11 May, director general for health Jérome Salomon said keeping infection down required a collective effort.

Salomon urged anyone showing symptoms to be tested, explaining health officials were prepared to identify and trace contacts of anyone tested positive.

Nine days after a nearly eight-week confinement ended, the number of new coronavirus cases has not picked up significantly, but Salomon urged caution.

“There's a delay linked to the incubation period” thought to average seven to 10 days and therefore “we must remain extremely prudent,” Salomon said.

“The virus is still there, and it is murderous.”
Eight new clusters in east
France's coronavirus epidemic remains concentrated in four regions: Ile-de-France around Paris, Grand-Est in the east, Auvergne-Rhône Alpes in the southeast and Hauts-de-France in the north.

Those regions, must of which fall into the red zones that the government has identified as areas where the virus is most active, contain 71 percent of patients in intensive care and are closely monitoring new cases.

Authorities in the east said Tuesday they have identified eight new clusters of infections since the country began lifting confinement.

They included four in care homes for the elderly, one in a “health establishment”, one in children's shelter, one in a home for persons with handicaps and one in a military base, which local media report to be the office of the gendarmerie military police force.

Since the start of contact tracing on 13 May, the region has reported slightly more than 550 positive cases and identified 1,200 people in contact with them.

Most people with positive cases have chosen to remain isolated at home. Officials in the Bas-Rhin department said only two had opted to go to special centres, generally hotels, requisitioned for quarantine.

Contact tracing in police stations
Officials in the northern region said they would launch screening programmes in two police stations following the appearance of several new cases of Covid-19.

Three employees of the police headquarters in Lille have gone into quarantine since the first case was confirmed on Sunday.

“Contact tracing, as part of a health strategy of testing, tracking and isolating, allowed us to identify to other positive cases the same day,” state officials of the department said in a statement.

A screening programme was to be launched on Wednesday to investigate more than a thousand people who worked in the central police station.

A similar programme was to be launched at the station in Arras, which reported two confirmed and one suspected case.