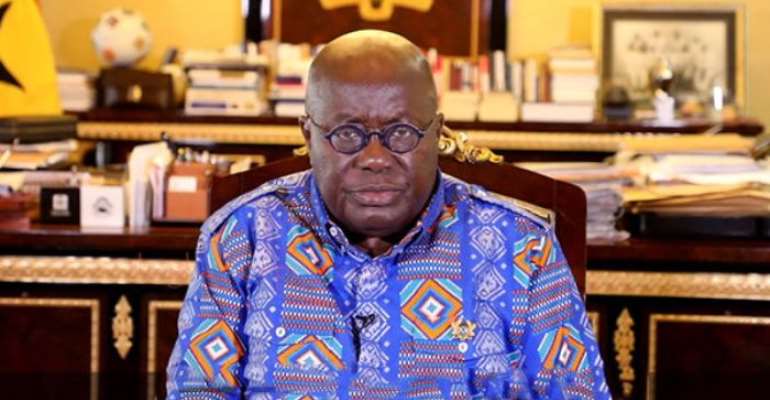 The President of the Republic His Excellency Nana Addo-Dankwa Akufo-Addo upon his investiture on the seat of government forewarned his appointees that public office under his watch shall not be a means of enriching pockets at the expense of the taxpayers.

This meant a solemn commitment to guarding the nation against pilfering and thievery which the nation has suffered for long years.

The solemn commitment made gave the entire nation surety that previous officeholders who had misappropriated funds and caused the public purse to bleed would face the rigours of the law. Even though the opposition and some public opinion leaders had doubted the President and his political will to convict, he has shown commitment through state prosecutors in a way that reimburses our stolen funds and towardly deters persons with ill-intent from stealing from national coffers.

This week saw three ex-officials prosecuted to the tune of 16years in jail for engaging in acts that cause financial loss to the state and amounts to thievery.

This action leads to many possible prosecutions that may unfold as time goes on. The President and the attorney general have stated that it takes time to call for justice in the rule of law but justice even if delayed will do its due course in cases where persons have been seen to have misconducted themselves with taxpayers funds.

The approach and will of the government to protect the public purse by chasing persons such as Opuni of Cocobod and some other 30 or more persons is tantamount to an exhibition of the ordinary Ghanaian to demand accountability, probity, and justice of public official.

One Ghana, One movement to fight against this Canker called CORRUPTION.