Ghana Has Laws against Money Laundering: We need to enforce same- Francis Korankye-Sakyi 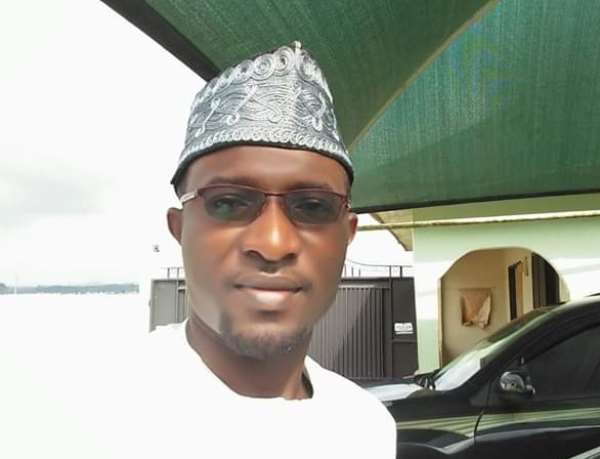 An International trade and Investment lawyer, Francis Korankye-Sakyi has said that Ghana has adequate legal regime on money laundering but the main problem facing it is the satisfactory implementation of the laws. He intimated for example that apart from Act 930 and the supervisory mandate of the Bank of Ghana over the activities of financial and banking institutions, Ghana has the Anti Money Laundering Act of 2008 (Act 798)(as amended)with the sole aim of fighting the canker of money laundering. Aside all these it also has the Anti Money Laundering Regulation of 2011(LI 1987). But, according to the international investment lawyer, notwithstanding all these the EU has a problem with how the laws are applied and implemented within Ghana to sufficiently curtail the criminal activities of such people.

He defined money laundering as situation where someone suddenly acquires huge money through means that are deemed suspicious or dubious. "It is normally and properly called dirty money in other jurisdictions," he said. Explaining further, he added that it is a way of trying to disguise criminally acquired money and getting it into the formal economy. He explained that as connoted by the word "laundering" which simply means washing something, money laundering is washing illegally acquired money to remove all suspicions of criminality and integrating it into an economy.

Expatiating further, the international investment lawyer said money laundering has been in existence for several years but became pronounced and demanded attention of countries across the world during the 1980's when drug trafficking was at its peak by which time the whole world realised that people were finding dirty ways of making money and also making sure same money was put into the system to destabilise economies. He pointed out that discussions on money laundering in international finance, banking and law incorporate illegal trade and proliferation of small arms and terrorism and considered as same.

Mr. Korankye-Sakyi was speaking to GBC Radio Central Morning Show on Tuesday 12th May, 2020 on the issue of why Ghana has been blacklisted over Money Laundering by European Union.

In responding to how those dirty monies are washed into the formal economy, he said there are three ways of laundering money.

The first stage, he said is called placement, where the illegally acquired money from drugs, illegal arms trading or terrorism and are deposited into the banks and various financial institutions. He continued that, assuming someone dabbles in drugs and makes money in Cape Coast, he finds a means to deposit all the money into various accounts in various banks and give himself or herself some time to cover up. "Sometimes the deposits are made not only in their countries but into offshore banks across the world". "This in law is called the predicate offence" Mr. Korankye-Sakyi added.

Explaining further, he said if financial surveillance isn't strong in the countries where the placement is done, then the first huddle is jumped. "Those who launder money sometimes work in concert with some banks and financial institutions and normally as a gang activity".

He continued that, the second stage called layering allows the money launderers to withdraw the money and invest in legitimate businesses "across the country and the world and this is done in bits and in pieces including buying properties, assets, shares and other investments."

The final stage of washing laundered money into official circles according to Mr. Korankye-Sakyi is called integration. At this stage money launderers begin to use the proceeds of their various investments across the world and begin to control the system. "At this stage, it would be seen as engaging in legitimate businesses with clean money".

The legal brain averred that, "this is normally done with some connivance from the financial sector and such persons begin to influence even how national laws are made within countries."

Reacting to why the EU has blacklisted Ghana in relation to money laundering, he said Ghana has a lot of laws including the banking act with display of notices on money laundering as a criminal offence boldly in all banking halls in the country. But, according to him, notwithstanding all these the EU has a problem with how the laws are applied and implemented within Ghana. He continued that it's worrying in the report to find Ghana among countries like Botswana, Mauritius, Panama and even Kenya that are fast becoming tax havens. Tax havens according to Korankye-Sakyi are countries who have relaxed laws concerning their financial sector with low rate of taxation for investors and financial secrecy in order to encourage more people to go and invest in those countries. For the EU to add Ghana to their blacklist is just alerting Ghana to begin to monitor operations of its international banks on the back of recent reforms in order to check such criminal dealings within the country.

Mr. Korankye-Sakyi said without proper mechanisms put in place, criminals who are able to launder money become very powerful and cause a lot of problems to the financial sectors of the countries they operate within. "They become very powerful and sometimes foster wars, terrorism and violence. When this happens, and countries are blacklisted, genuine businessmen who want to do business with the EU are marked with suspicion and that isn't good enough".

He ended by advocating that, Ghana must do better by enforcing its laws going forward such that it shall be removed from such a blacklist.