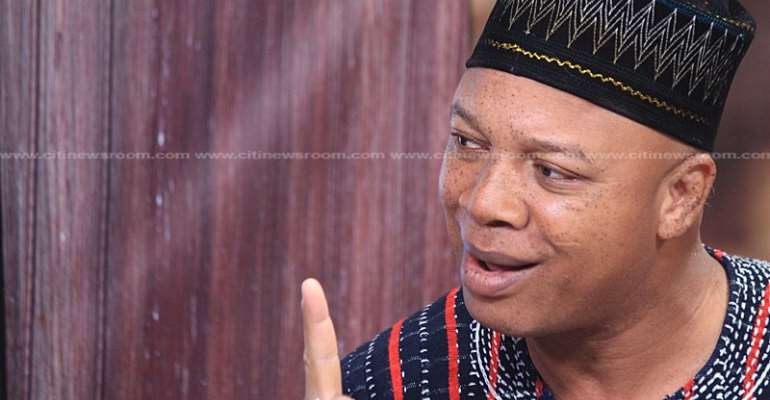 The Ranking Member on Parliament's Mines and Energy Committee, Adam Mutawakilu is demanding the withdrawal of a directive from Ghana River Authority (GRA) asking power producing companies to charge VAT, GETfund and NHIL levies on electricity they sell to the Electricity Company of Ghana.

A letter from the GRA dated 4th May 2020 announced the directives indicating that such services will no longer be zero-rated.

The Damongo MP told Citi News that the decision if implemented will increase the cost of electricity to unbearable levels.

“You are all aware that on the 9th of April, President Nana Addo addressed the nation with respect to COVID-19. In that address, he did indicate that consumers of electricity will be given a relief of 50%. Ghanaians welcomed it wholeheartedly and he did indicate that it will take effect from 1st May even though many consumers were not able to access that relief on the given date.”

“What Ghanaians did not know and more particularly, residential consumers who are the majority of consumers is that President Nana Akufo-Addo was giving the residential consumers the relief on the right hand and using the left hand to take back the relief. On May 4, 2020, a letter from GRA directed ECG to charge GETFund levy, National Health Insurance Scheme and VAT on residential consumers of electricity and that means that if you do the arithmetic, consumers will be paying 18.125% more on what they are consuming currently. We call on GRA to withdraw the levy,” Mutawakilu said. 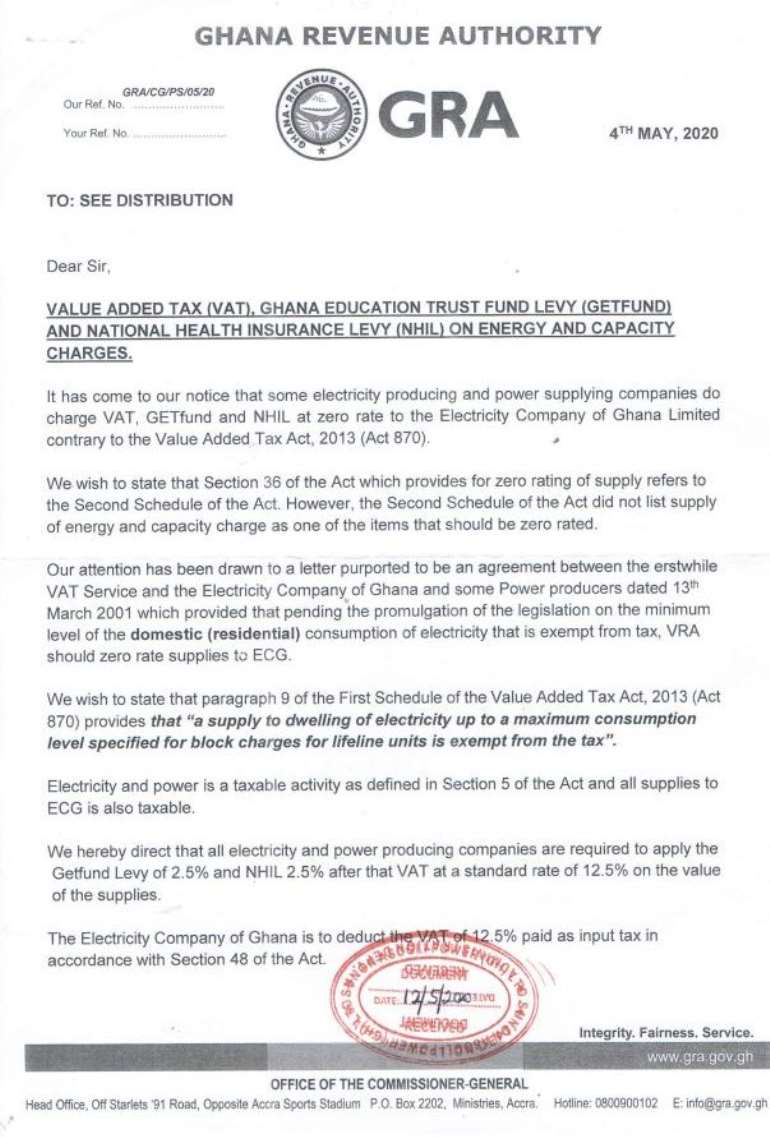 The GRA issued the directive after sighting a notice dated March 13, 2001, which waives VAT on electricity supplied to ECG.

The GRA said the agreement is contrary to the Value Added Tax, 2013 (Act 870) which does not list supply of energy and capacity charge as one of the items that should be zero-rated.

“It has come to our notice that some electricity producing and power supplying companies do charge VAT, GETfund and NHL, at zero rates to the Electricity Company of Ghana Limited contrary to the Value Added Tax Act, 2013 (Act 870).”