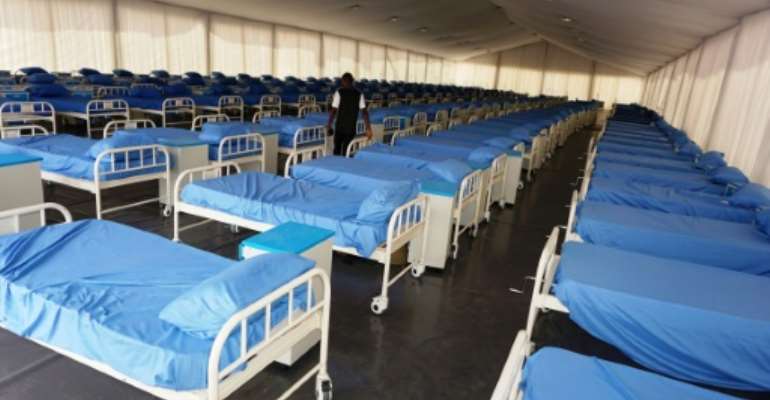 Nigeria's Kano state reported an increase in "mysterious deaths" that turned out to be from coronavirus. By AMINU ABUBAKAR (AFP/File)

Health authorities said Wednesday they are investigating a fresh spike in deaths in northern Nigeria after a rise in fatalities in a neighbouring area was blamed on coronavirus.

Medics have reported scores of people dying over the past four days in the Hadeija district of Jigawa state.

But the state authorities dispatched a five-person medical team to investigate if the fatalities were linked to coronavirus.

"We intend to unravel the causes of the recent spike in deaths and ascertain whether they are related to COVID-19 or not," lead investigator Mahmud Abdulwahab said.

"It is too early to make any conclusions."

The team was interviewing families of dead residents to determine the cause of the deaths and visiting cemeteries to count the numbers of fresh graves.

Abdullahi Umar Namadi, medical director at Hadejia general hospital, said most of the dead had passed away at home.

The 13 people admitted to hospital had a high fever, he said, but insisted that "does not mean they died from coronavirus".

Resident Adamu Danwawu, whose had a relative among the recent dead, said most of the fatalities were men "between the ages 60 and 80". That demographic has been particularly vulnerable to COVID-19.

The uptick comes after neighbouring Kano state reported an increase in "mysterious deaths", with authorities initially blaming a range of diseases.

But investigators sent by the president said over the weekend that most of the deaths were to due to the coronavirus.

Jigawa state has officially recorded 39 coronavirus cases and one death, while Kano has 397 confirmed infections and 11 deaths.