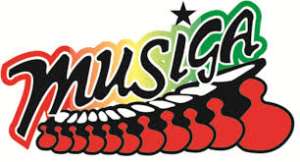 The second edition of the MUSIGA Asanteman Arts Ball and Awards has been launched at the Golden Tulip, Kumasi on Thursday, December 10 2015.

The program was officially launched by the Tepamanhene Nana Adusei on behalf of Otumfour Osei Tutu II the Asantehene.

The Tepamanhene praised the leadership of Musiga for initiating this project to help boost up the arts industry.

Nana Adusei as an official representative of the Asantehene and Manhyia Palace at the program declared the Asanteman Arts Ball duly opened. His speech was full of praises for musicians for their contribution to national development.

Speaking at the program, the President of Musiga disclosed that the program will also be use as a pivot to solicit for funds to complete the Koo Nimo Music Library at Kumasi Centre for National Culture.

Obour told the media that, he is optimistic that the second edition will be successful.

He disclosed that, this year's edition will come off at the Golden Tulip on 25th December.

Artist’s bill up to perform at the night includes, Obour, Bisa Kdei, Nana Ampadu, Nana Aboagye Dacosta and many others.