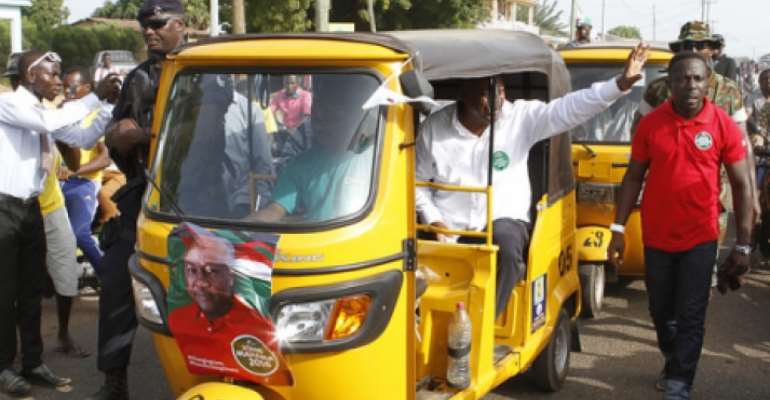 Actor Mr Beautiful, real name Clement Bonney, has been spotted in a photograph that emerged on Monday giving President Mahama's "Tricycle Entry" into the Upper West Region as an escort.

It was unclear if he was part of the president's security detail, but Mr beautiful could be seen walking very close to the tricycle on which the president rode, with some soldiers walking closely behind him.

Mr Beautiful has not been as active on the movie screens lately as he did in the recent past after he cried foul of being sabotaged by "Kumawood" movie producers whom he accused of failing to assign him roles to play.

President Mahama is on a two-day campaign tour of the region to meet with NDC members on the need to retain him as their flagbearer for the 2016 elections.