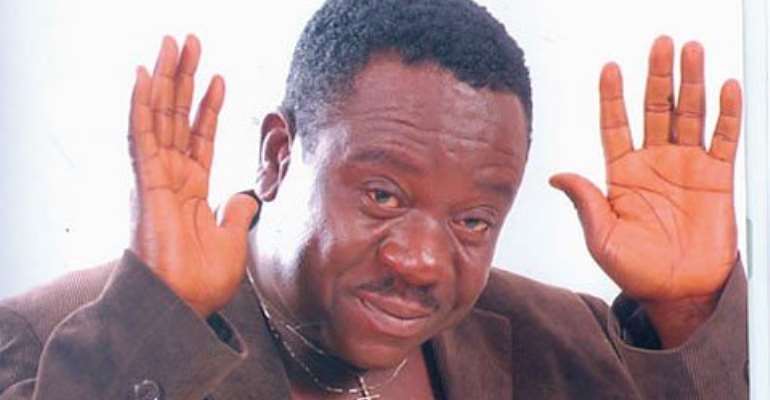 Nollywood actor, John Okafor, popularly known as ‘Mr Ibu’ has opened up on his ‘free styling mode and odd-feminine’ characters in movies as well the issue of homosexuality in Nollywood.

Speaking with Vanguard, the 54-year-old actor who is best known for his hilarious appearances in movies, revealed that he doesn’t prepare for acting in any special way as it comes naturally to him.

“There is no preparation; it’s an in-built thing. I love acting, and interpretation of characters given to me doesn’t really take me time to do. Straight ahead, I read and interpret my characters and I enjoy it so much, especially those kind of odd feminine roles I play. I just do free style and it turns out well.”

He also explained that acting provides enough to pay the bills.

However, Ibu disclosed that the movie industry is plagued with homosexuals, people he described as ‘viruses that can kill the spirit in the industry’.

“I fight vehemently against homosexuals; both gays and lesbians,” the comic character stressed.

When asked if he had recounted an experience on homosexuality, he recalled where he publicly embarrassed a certain man who had approached him looking to lure him.

“The man that approached me will never come close to me again in his life because I humiliated him publicly. I called him out, and shouted his name everywhere. Besides, if it was by looks, nobody would approach me because I’m not fine.”