By The Chef (The FHMusic Company) 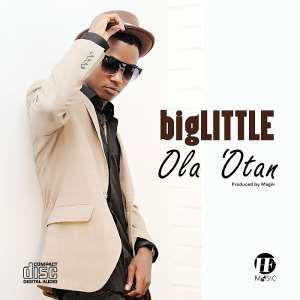 After a successful debut with “As E Dey Hot”, which still enjoys massive airplay, HF Music star, bigLITTLE is back with a fresh hit titled, “Ola ’Otan”.

Commenting on the new song, bigLITTLE says, “I decided to release ‘Ola ’Otan’ to thank God for for his endless blessings and for bringing me this far in such a short time. The song will also speak the mind of every listener who has made it to the last quarter of 2015.”

Since his debut on August 21, 2015, bigLITTLE has thrilled music lovers with his song and performances on some of the biggest stages in Nigeria, including Beat FM’s Anniversary Industry Night, Jimmy’s Jump Off and the recently concluded Felabration.