"I Am Still A Virgin", Nina Of Home Sweet Home Reveals 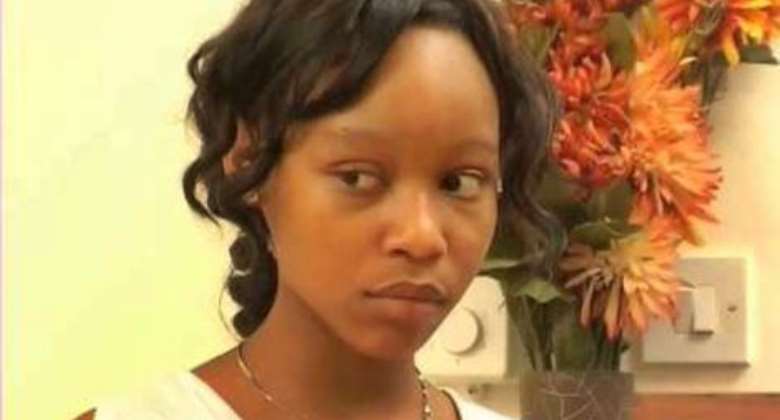 Even though having been off the screens of GH television for a while before its recent screenings on Metro TV, Ghanaians won't be able to forget the fond memories they took from the hit television series, Home Sweet Home.

On the Late Nite Celebrity Show, to talk about the latest Kobi Rana movie, Sex Tape, Evelyn Addo, the kid star who featured in Home Sweet Home as Nina has grown into an amazing, responsible and beautiful woman.

Evelyn who is in her early 20s made the surprising revelation of the state of her virginity whiles answering questions from viewers and fans who expressed interest in her. The Akosombo International School alumnus also shared with Giovanni, the host, the state of her relationship as being single and also never being in a serious relationship.

The movie, Sex Tape, which features Elikem Kumordjie, Roselyn Ngissa, Kobi Rana, Evelyn Addo and many other known faces is also her debut on her comeback intentions into the Ghanaian movie industry which has

seen a tremendous growth and currently witness lots of competition as then.

Evelyn who is a final year student studying Marketing at the University of Professional Studies also took the opportunity to advise viewers and ask for their support in her upcoming projects.

The movie will be premeired at the Silverbird Cinema on the 3rd of October, 2015.