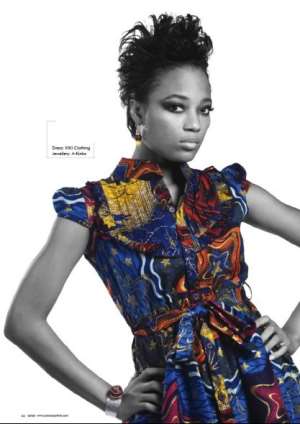 Top celebs Efya, Lydia Forson and Chris Attoh are among personalities in the fashion industry who have been nominated for the 2015 edition of the annual Fashion Icon Awards.

This year's event is scheduled for June 14 at the Lifestyle Gallery, Spintex Road, Accra.

Nominees for the awards have shown a great sense of style and outstanding personalities that influenced the general public in their various fields during the year under review—January to December, 2014.

Lydia, Efya and Chris Attoh were all nominated in personality of the year categories including Ghanaian-Russian heritage designer Beatrice Arthur of B'ExotiQ label.

Fashion enthusiasts have the opportunity to decide who wins what award by voting on the event's website (www.fashioniconaward.com).

NDC’s Position On Ballot A Sign Of Second ‘Massive’ Defeat –...
51 minutes ago