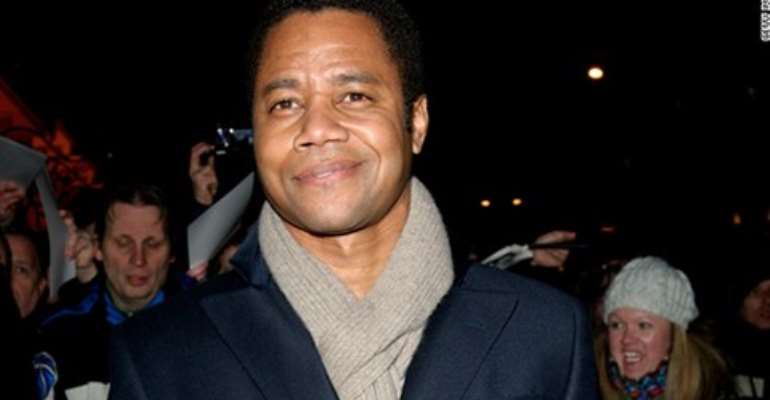 The New Orleans Police Department has issued a warrant for actor Cuba Gooding Jr.'s arrest after allegations that he was involved in a fight in the city's French Quarter during the early hours of Tuesday morning.

According to a statement from police, Gooding was at a Bourbon Street venue called the Old Absinthe House when, police said, he became irate and pushed the bartender twice.

The bartender, an unidentified woman, told police that Gooding stopped by around 3 a.m. accompanied by a group of people, and he soon became "very aggravated" with other bar patrons who had recognized him and wanted to take photos with the actor.

The bartender told police that she approached the "Red Tails" star and asked him to calm down, at which point Gooding is accused of "pushing her away with an open hand."

One of the other employees at the bar called 911 as the bartender involved told Gooding that the police were en route and asked him to leave.

She has also accused Gooding of pushing her again as he was leaving. The bartender was not injured, police said.

Gooding was presumed to be intoxicated, police said, and a misdemeanor battery warrant has been issued for the Oscar winner's arrest.

CNN reached out to Gooding's representatives for comment but they had not responded Tuesday afternoon.