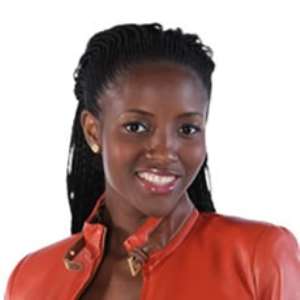 Three housemates in the on-going Big Brother Africa StarGame reality show have been evicted on Sunday.

Sunday's eviction show, as usual, started with highlights of the second week of the reality which witnessed a lot of drama including Ghanaian housemate DKB's heated and near blow exchanges with Kenyan housemate Prezzo.

Another highlight was the voluntary exit of Nigerian pair, Chris and Ola from the 91-day show. The pair left the show due to Ola's ill-health.

When it was time for the main business of the night, IK, host of the show, first asked the Sierra Leonean pair to join him on stage.

After sharing their experiences in the house and a recap of their time on the show, IK went back to house and asked the Liberian pair to also join him on stage.

When it was time for the painful eviction dice to be cast, Daphin was the first to feel its pain. Her eviction was followed by Yadel and that of Luke.

The fourth housemate, Zainab had the highest number of votes this week and was thus saved from eviction. She was subsequently moved from the Downville house to the Upville house.

Big Brother did not apply his advanced Random Nomination Mechanism this week, exempting the Downville house from eviction.

Instead, the Upville housemates, who seem to be cruising in paradise will get to nominate each other for possible eviction come Sunday.

The Upville housemates will have their nomination session Monday after which Big Brother will declare the housemates who will be up for possible eviction.

Sunday's eviction show ended with a special message from Chris and Ola to the Downville housemates. They expressed their profound gratitude to their former housemates and also shared how much they have missed them.

Free SHS Graduates Gather To Campaign For NPP
18 minutes ago