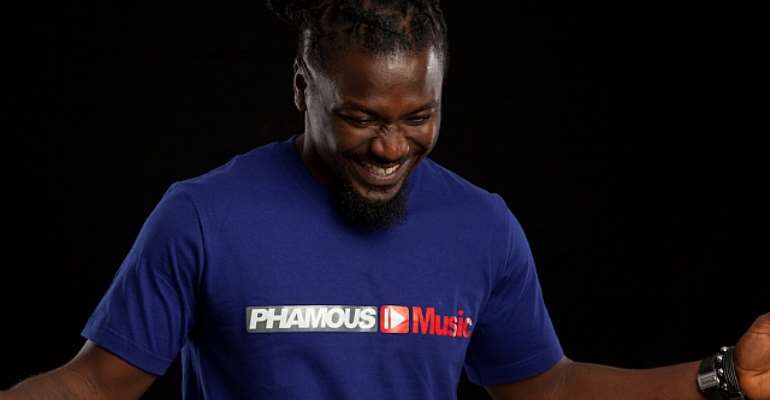 Phamous Music, a subsidiary of the communication and multimedia outfit, Phamous Media Group Ltd (PMG), has signed a new two-year recording and management deal worth over nine-hundred and fifty thousand Ghana cedis with dancehall superstar, Samini.

The deal was sealed with the MTN icon in a closed-door ceremony on Friday, December 2, 2011 at about 10pm at the company's offices located at Tesano in Accra.

A special event is been planned to outdoor the signing and will coincide with a big, strictly-by-invitation private ball at a plush hotel in Accra on Samini's birthday, December 22, 2011.

Speaking exclusively to the Graphic Showbiz, Mr. Verus Nartey, a member of his new management team, also operations director of the Company reiterated that: “Samini is a very huge brand; a unique one that has outdone his current territory. He has won several international honours including MOBO awards, MTV Music Awards and Channel O awards; it is time to properly position this brand in the world music market hence the required concerted effort by a bigger and more resourceful management team to push him beyond these territories. With this investment, Samini will not have any problems whatsoever in exploring or engaging in career advancement business activities”.

The two-year multi-album deal which has renewal options includes major investment in his personal image, music, recording and marketing across the world. Further details will be announced at the December 22 event.

When asked what would happen to his endorsement deals such as with MTN, a rep at Phamous Music hints that: “The new management is yet to discuss and consider business options and possibilities available to brand Samini”. As we speak, he says: “Samini is an MTN icon, and a happy one for that matter and would be glad to continue his positively fruitful business relationship with that big family. However, no meetings have been held so far to discuss that area of his future plans. The most important thing for the new management is to concentrate on activities aimed at further enhancing his image and music status to look even more attractive to his fans and external businesses”.

He is focusing on recording more and more music that will appeal even better to his target audience- the trendy youths and young adults, especially ladies.

Phamous Philms, the creative wing of the PMG will produce as many international standard music videos as possible for his 2012 album; and Phamous Marketing Services will concentrate on marketing the brand and music beyond existing territories with plans to cover Nigeria, South Africa, 10 other African countries, Europe and the U.S within the next 12 months.

The first single off his new signing is scheduled to be released on January 27, 2012. On concerts, like the Samini-Mavado Concert held at the Accra Stadium, Samini is expected to host an international reggae superstar on Independence Day March 6, 2012 at a venue to be announced later.