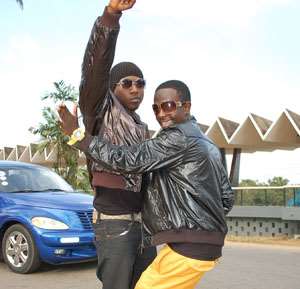 The ' Simple ' hit makers, BRADEZ, the younger brothers of one of the most celebrated hip-lifers of our time, Okyeame Kwame, have always proven beyond reasonable doubt that music is indeed an inherent family trait.

Bradez believe that the passion for music and performance has kept them far above their challenges as artistes and family.

The hiplife duo is back with their latest album and will be touring the US this October.

The duo will perform in three different states namely Columbus- Ohio, New Jersey and New York along with some Ghanaian musicians such as Anointed Singers, Anas, DJ BIS and many others.

Performing in the US, according to the duo, is an opportunity to reach out to fans across the world.

Their first album, ' Men Ye Mi 419' , featuring the rap doctor, became an instant hit and almost immediately, the highly sought-after brothers were performing the length and breadth of the country and Africa.