GH EXCLUSIVES STARTS MAKING OF THE VIDEOS ON CRYSTAL TV 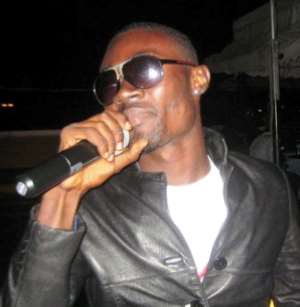 GH Exclusives, an entertainment magazine program on Ghana's first private owned digital television station; Crystal TV has started the making of Videos in the country and is hosted by Michael Gizo.

The MMTV channel on Crystal TV is where GH Exclusives' making of wild wink Ghanaian videos is showing every Saturday at 2pm with a detailed repeat on Thursday same time.

In an exclusive chat with the host Michael Gizo, a formal worker at Y107.9fm, also a graduate from the university of Ghana plus a worker doubling as a produce at Hitz 103.7fm, a substation of Multi Media, he explained the idea to start exclusive making of the video comes with the name of the channel my show is on.

He detailed the explanation as, the channel is a music makers television station hence the very reason why we would want to make musicians in the country proud by supporting them with a slot on the show that will promote and give them all attention they need.

Gizo also noted that, already responses from viewers about the show is over whelming, 'I remember on facebook, fans posted on my wall saying, we get to see the brightest video made in Ghana only on GH exclusives and that keeps us in tune with the show, big up to you guys' inside GH Exclusives.

Stressing on the fact more, the host added that such messages shows how people are tune with the show hence why not give them more, raise your level in the game and also get fans of various artistes closer to them.

A gist about the show, Gizo lamented that, we get to talk to the cast, from the musicians, dancers, choreographers, then to the technical men, director, location manager, camera men, lights man, then we chit chat with the management of the artiste's management from Executive producer, manager of the artiste and any other person valuable to the video.

Further on, we get to dig the concept of the video, the choice of venues, lighting set up, backgrounds, special effects, ambiance sound effects, camera movements, angels and then we hit on the fun part of the making of the video, the jokes, the cuts, actions, the unseen areas plus exclusive pictures, he added.

Gizo the host of the show last but not the least words to the musicians was, to get the GH Exclusive team at your location just drop a letter at the front desk of Crystal TV inside Odorkor Busia with a phone call away the making of your video will be featured, simple is it.

His final words to viewers was, On behalf of my producer, Edem and all the team inside GH Exclusives, we are grateful for the support given us over these few months of existence, this is an additional slot to you guys the best in GH music, hope you love it but for any comments or suggestions hit me on Facebook, Micheal Gizo.

This is it, exclusive making of wild Sparkling Ghanaian videos on GH Exclusive, don't miss it for anything, tell a friend to tell a brother then to a sister that is Gizo on your TV with the new spanking Making of GH videos, Saturdays 2pm.