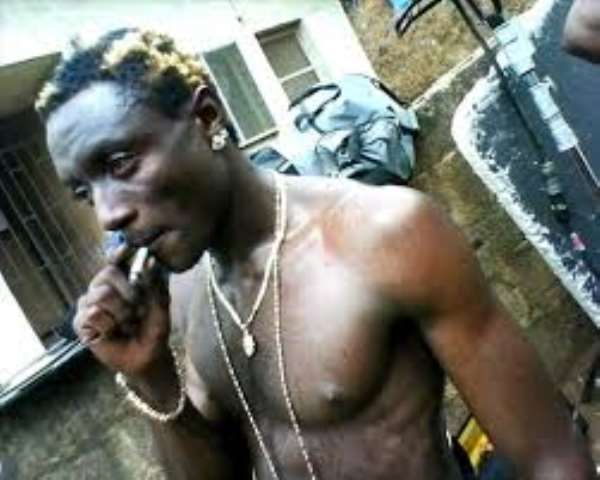 It is very common among celebrities to indulge in the drugs and heavy drinking, especially singer, which many believe give them the energy to perform on stage. In some instances, these supposedly role models take drugs and alcohol just for the fun of it. Those in the acting world are also not left out in this.

In Nigeria, it is an open secret that many celebrities take drugs and drink 'irresponsibly' all for the fun of it, which at the end of the day, endanger their lives.

Some weeks ago, a purported photograph of Terry G found its way on the internet, which generated mixed reactions, with many condemning him.

He also revealed that the controversial picture of him allegedly smoking a substance was not posted on the internet by him. “I never put up that picture of me smoking. I never liked that controversy,” the Benue State-born singer said.

Terry G is well known, apart from his singing, for his energy on stage.

Go complete Aflao E-block if you're giving ultimatum to my m...
33 minutes ago

Shatta Wale, three others to spend one week in police cell
47 minutes ago