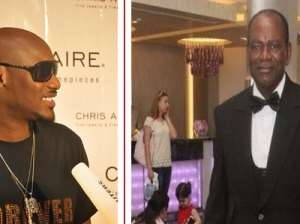 He is reported to have died in an undisclosed hospital after battling with Cancer. As at the time of filing this report, Nollywoodgists.com contacted his media Publicist, but he said it was too late at this time to speak to us.

Recall that some weeks ago, 2face Idibia announced his father was battling with Cancer and urged his fans to pray for him. We will file in reports as it comes in.

I Am Not Ready For Marriage Now—Halima Abubakar

Daniel Ademinokan Talks About Being Spiritual

I'll hand over power to the next elected president on 7th Ja...
32 minutes ago

[VIDEO] Ghana is hot; our girlfriends are moving to Togo – J...
41 minutes ago