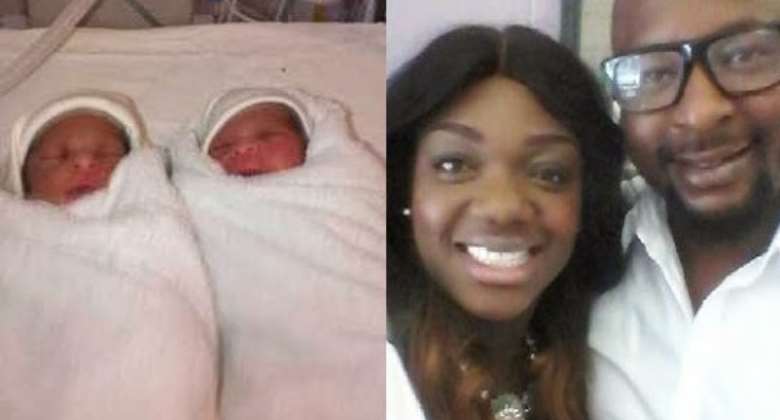 Nana Abbey, former manager of Glo brand ambassador, Wande Coal, is presently in a joyous mood and the reason is not far-fetched. It was learnt that Nana's wife, Ejiro, was delivered of a set of twins. The woman gave the talented artiste manager two boys on Tuesday, 17th of June, 2014.

The couple got married in 2013. She reportedly gave birth to the children in the UK and the proud father is said to be with his family in the UK at the moment.

Recall that Nana and Wande Coal worked together for about seven years. He was formerly with Sunday Are, a reputable artiste manager that once worked with the defunct Mo'Hits crew, which had Wande Coal as member.

THE UNTOLD STORY OF HOW COMEDIENNE, PRINCESS MARRIAGE COLLAPSED

Fans Blasts Jude Okoye After Showing Off His Guns

I Use Cocoa Butter Am Not Bleaching- Yvonne Nelson Speaks Out