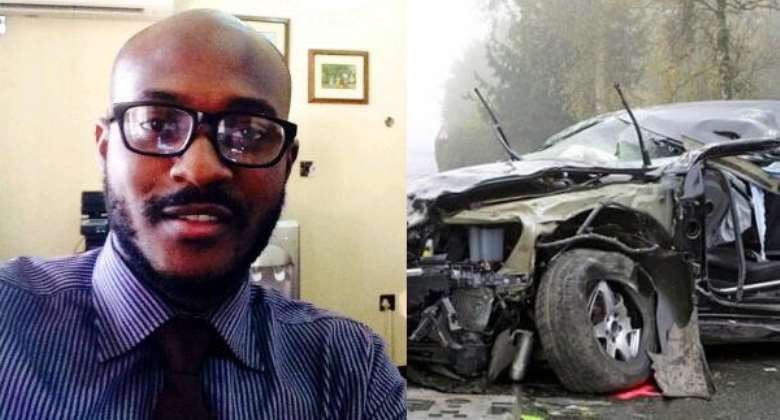 Presently, Nigerian singer, Bez Idakula, is in a bad mood as he lost his brother-in-law, Adebola Ladoja, son of former Oyo State governor, Rasheed Ladoja, to death. The young man died in an tragic auto accident on Thursday in Lagos.

According to reports, the deceased was driving a Volkswagen Golf car and was reportedly heading towards Lagos Island around 3:30PM when a truck allegedly moving on top speed rammed into his car on Eko Bridge and killed him on the spot.

The Lagos state Police Public Relations Officer, Ngozi Braide, who confirmed the sad incident disclosed that Adebola's corpse has already been placed at the mortuary.

'The victim died on the spot. His corpse has been moved to the Lagos Island General Hospital's mortuary for autopsy, while the truck's driver has been arrested', Braide's statement read.